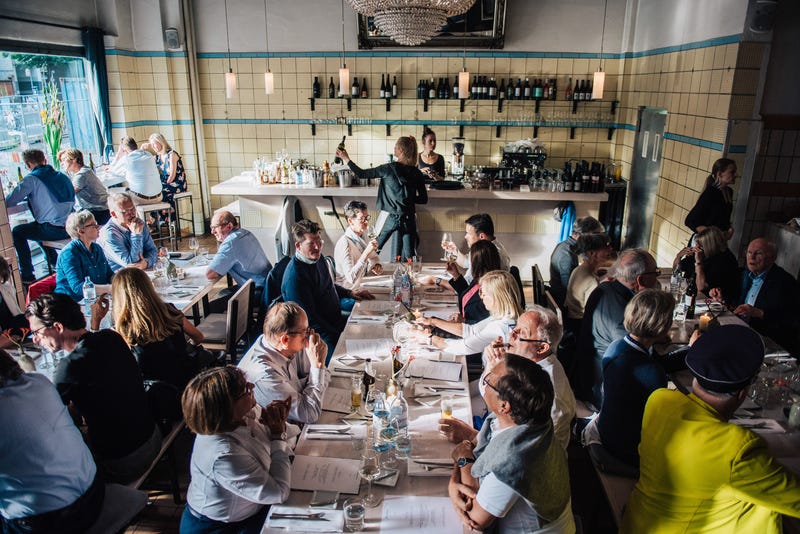 CHICAGO (WBBM NEWSRADIO) -- Americans are on pace to set a new record for spending on dining out this year. To prepare for the massive restaurant crowd, Founder and President of Playground Hospitality Doug Roth joined the WBBM Noon Business Hour to discuss the red flags that could signal an eatery may not be up to snuff.

Roth said people need to watch out for the three S's: Service, systems and sanitation. If the representation of the restaurant looks unkept or dirty, it is a red flag. This includes looking at the host staff and servers. If they are not making eye contact or are ungroomed, it is not a welcoming environment and makes the restaurant look bad.

The service matters almost as much as the food — most people go out to have good quality food and decent service, Roth and host Cisco Cotto said in agreeance. If one component is missing, it is a sign to be aware of, Roth said.

"Ask yourself, 'Is this the right place I want to be in?'" he said.

Roth said sanitation also pertains to the vents, walls and, perhaps most importantly, the washroom. Always check the washroom and see if it is clean, he said.

Today, multiple outlets reported that a dead rat fell from the cieling onto a table of a woman dining at a Buffalo Wild Wings in Los Angeles, proving a sickening start to a vacation.

“So what do you do when a rat falls from the ceiling onto your table?” Alisha Kent Norman wrote on Facebook. “Really LA? I was just trying to watch the soccer game.”

Things like that — which one would hope does not happen often — show the character and cleanliness of a restaurant, Roth said.

"How do they maintain the restaurant?" he said is the overarching question you want to ask yourself.

A personal pet peeve of Roth's is when he gets handed a dirty menu.

"You sit down at the table and you're handed menus; how many times when you are handed a menu, is it dirty, spotted or ripped?" he said. "I almost at that point say, game over — I'm out of here. Because, it reflects exactly how the rest of the meal is going to be."