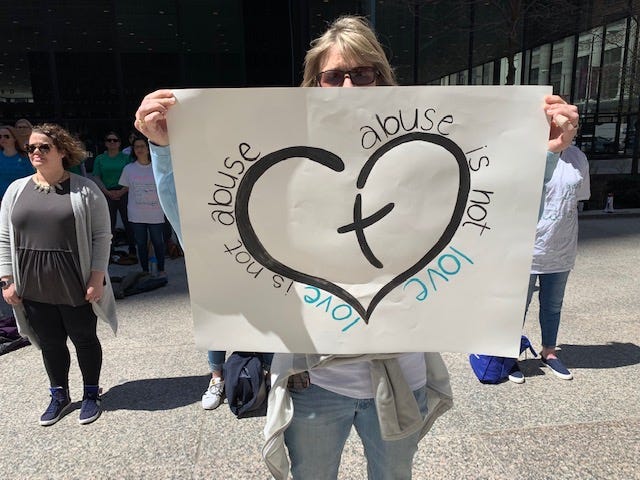 Forty years ago, Susan Nolan of Antioch was living in Chicago, working at her uncle's print shop. She was 16 years old.

"Walking to the bus station I was grabbed and brought into this man's car," Nolan said, who was at the event. "And then assaulted."

For the past dozen or so years, Nolan has stood vigil with other sexual assault survivors — standing silent.

Her father used to stand with her but after his death, her cousin Jim Matrasko swept in as sidekick and has been at her side since.

"I had accepted a ride home from someone I knew," Stephanie said. "I had been a bit intoxicated. Instead of taking me home, that person raped me."

She says she was 26 when she was raped. Now she is active in Resilience, which used to be called Rape Victim Advocates.

"In some people's minds, (they) might think that was a small situation, it's not a big deal. In your head, it was," she said.

"It touched your spirit, your heart and your body.  And all three of those things need to get back in line with living."