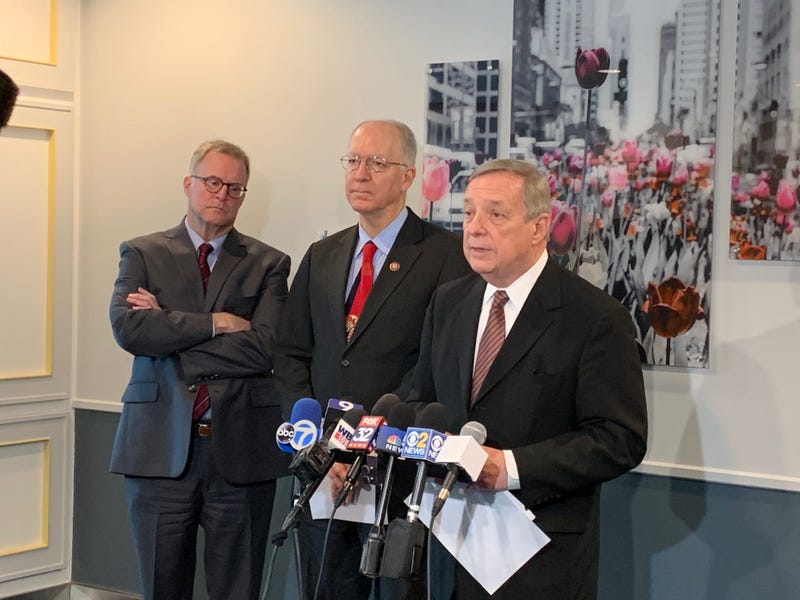 CHICAGO (WBBM NEWSRADIO) -- The Sterigenics facility that Gov. Pritzker shut down last month after initial speculation and community protests that it affected residents' health was confirmed to have elevated levels of cancer.

According to the Willowbrook Cancer Incidence Assessment report by the Illinois Department of Public Health released today, it showed preliminary findings in cancer levels but not all were consistent. However, results still fueled outcries from public officials and futher confirmation of the health detriments on the Willowbrook community.

DuPage County Board Chairman Dan Cronin joined U.S. Sen. Richard Durbin and U.S. Rep. Bill Foster in reaction to the release of the report, which showed elevated numbers of cases of specific types of cancer among people living near the Sterigenics facility. The study also found differences and inconsistencies between genders, across the study areas, and among types of cancer. According to IDPH, this study was the first of its kind in the country, and scientists recommend further research in Illinois and at the national level to determine the risks associated with ethylene oxide.

“Our top priority at IDPH is protecting the health and safety of all Illinoisans, which is why we moved swiftly to release the results of this initial study,” said IDPH Director Dr. Ngozi Ezike in a March 29 press release of the news.

Sen. Durbin called the findings alarming, especially since Pritzker called to shut down the facility after the Illinois EPA released an initial report. The facility refuted the report and said they had complied with state health and environment laws. That wasn't enough to keep the company from reopening; it was ordered to remain close by a federal judge in late February.

"There is no excuse for reopening this facility," Durbin said at the downtown press conference. "It is subjecting the people living in that area to further cancer risk and furthermore, we need to focus our attention on Lake County facilities that are using the same ethylene oxide."

“Today, I joined Senator Durbin and Representative Foster in expressing our deepest concern for our families upon learning of the results of the Illinois Department of Public Health’s cancer cluster study," Chairman Cronin said in a statement.

"Working with our federal, state and local lawmakers, along with our Attorney General and DuPage County State’s Attorney, we will not rest until we can provide assurances to our DuPage residents that their homes and neighborhoods are safe," he continued. "We encourage the Illinois Department of Public Health to continue to analyze data and to answer our residents’ questions. We will continue our efforts to keep the facility shut down. Sterigenics must not be allowed to impact our health and safety ever again.”