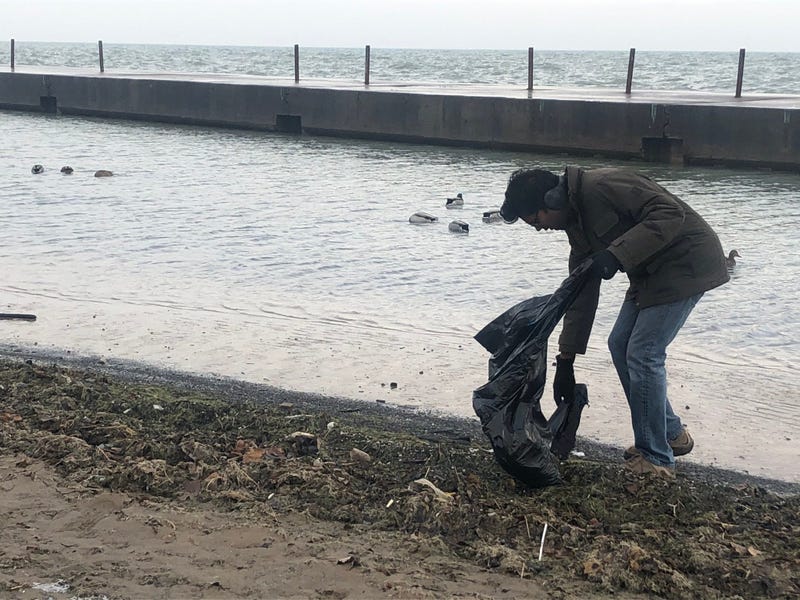 The endangered species stole Chicago's heart earlier this summer when two birds, Monty and Rose, nested at Montrose Beach for the first time since 1955.

During that time, hundreds of Chicago residents volunteered to protect and preserve the nest, leading to two fledged chicks.

Unfortunately, trash is a common problem at beaches around the world and often ends up in the stomachs of shorebirds.

"We just want to make sure the beach stays clean so that shorebirds continue to be attracted to it and nest here," said Tamima Itani, a board member for the Illinois Ornithological Society.

Volunteers like Louise Clemency want to protect and maintain the ecosystem for when the Piping Plovers make their return.

"They're very likely to come back here given they had a successful nest," said Clemency, field supervisor of the Chicago Office of Fish and Wildlife Service.

"I think it's celebrating the birds, but also the hundreds and hundreds of people who came to help them," added Clemency.

The Piping Plovers are expected to return to Chicago sometime in April.