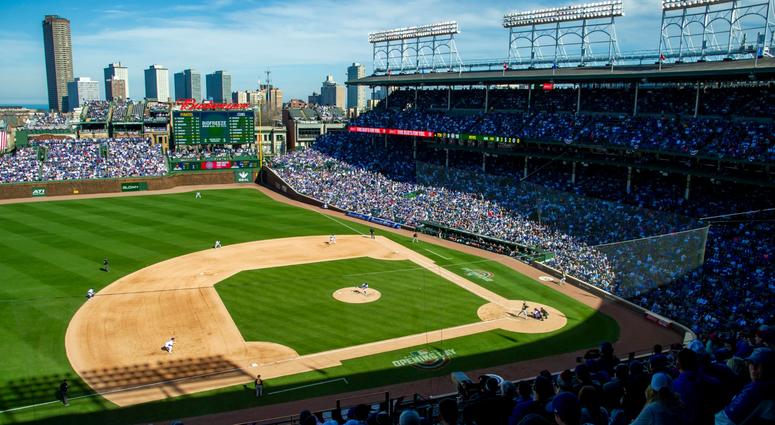 CHICAGO (WBBM NEWSRADIO) -- A 28-year-old woman is suing Major League Baseball and the Chicago Cubs because she said she still suffers from being hit by a foul ball at Wrigley Field almost two years ago.

Laiah Zuniga was sitting in Club Box seats just six rows up from the field when a foul ball struck her face as she chatted with a friend during the fifth inning when a New York Mets player was up to bat.  Zuniga suffered permanent injuries to her eyesight, smell, taste, teeth as well as frequent bloody noses, according to Clifford Law Offices, representing her in the lawsuit. She said she also suffered a spider fracture under both eyes that extends down her face.

“My friend and I were sitting along the third baseline, eating food, when a foul ball hit me in the face in the fifth inning," Zuniga said. “The ball knocked me unconscious.  And when I awoke, my beef sandwich was the only thing I had to catch the waterfall of blood running down my face.”

The suburban native said she was hit so hard that her teeth were "detached from my nerves and I had to have extensive dental work done, and even in the process I lost a few (teeth)."

“Major League Baseball and the Cubs were aware that severe injuries from foul balls could happen to its fans sitting in rows near the field because it had happened many times before,” said Tracy Brammeier, attorney at Clifford Law Offices representing Zuniga. “Just late last year the MLB announced that all 30 teams would extend netting from foul pole to foul pole this year, but it’s too late for Laiah.”

The complaint filed Tuesday in Cook County Circuit Court alleges that more than 1,700 fans are injured by baseballs entering the stands at a high rate of speed.  Clifford Law Offices filed a similar lawsuit against MLB and the Cubs in 2017 on behalf of a Schaumburg man who was blinded in one eye when a foul ball struck him at Wrigley Field.  That case is still in litigation, said the law firm.

The Cubs are named in the suit as a respondent in discovery. A Cubs spokesman said the team does not comment on pending litigations.​

Speaking to reporters virtually on Wednesday during a press conference though, Zuniga said she is still a Cubs fan.