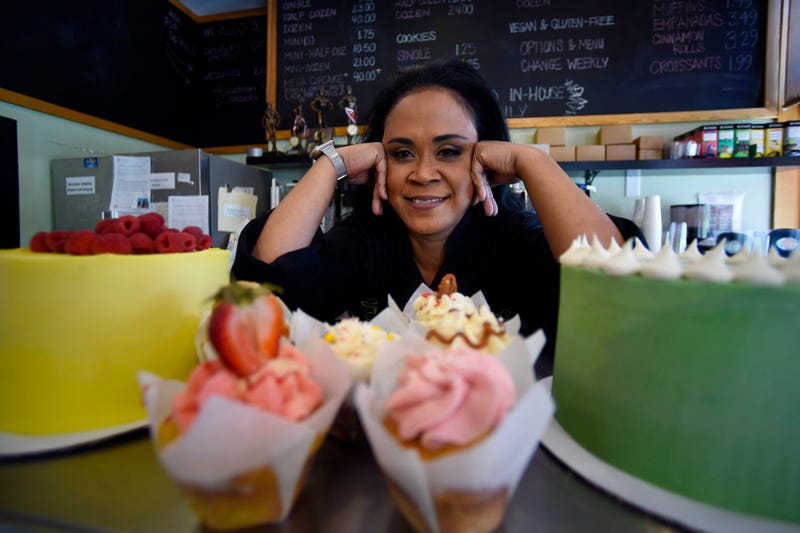 NEW YORK (AP) — Some small businesses are still struggling to hire qualified workers, even as Americans return to the U.S. job market in droves.

Hiring and retaining employees remains the top challenge for small businesses, according to a survey of 1,100 businesses by Goldman Sachs 10,000 Small Business Voices out last week. Ninety percent of businesses that are hiring are finding it difficult to recruit qualified candidates for open positions.

In general, the U.S. job market is sizzling. An unexpectedly strong recovery from the brief but devastating coronavirus recession left companies scrambling to recall workers they had laid off in the spring of 2020 and to find new ones. Over the past year, U.S. employers have added an average of more than 540,000 jobs a month. The Labor Department is expected to report Friday that employers hired another 396,000 last month, according to FactSet.

But small business owners believe the job market is a tale of two recoveries. Eighty-eight percent of respondents in the Goldman Sachs survey say small businesses are struggling relative to larger companies in their local communities. Forty-two percent say they have lost employees to larger businesses that are paying more.

Data from payroll processing firm ADP show a widening gap in hiring between businesses with 500 or more employees and businesses with less than 50 staffers. Those smaller businesses have lost jobs in three of the past four months.

In March, employers advertised a record 11.5 million job openings. The United States now has two job openings for every unemployed person. But a large number of smaller businesses say they’re having trouble getting candidates to even apply for openings, particularly in the hard-hit leisure and hospitality industry. Owners are taking on more work themselves and improvising other ways to get by.

Sweet Cheats had nine staffers at the pre-pandemic peak. Now Hughes has two plus herself. She’s curtailed business hours — closing time has gone from 8:30 p.m. to 6 p.m. and now 4 p.m. — giving her and her two bakers more time in the kitchen. Still, Hughes says she now works 80 to 90 hours a week.

Inflation is another challenge. Higher expenses not only hurt businesses’ bottom lines, but also affect how well they can retain and attract workers. Before the pandemic, Hughes would get hundreds of applicants for openings. Now, she says she’s lucky to get one or two, and they tend to want $18 or $20 an hour, when she offers $14 or $15 for experienced bakers.

Hughes has had to add benefits for her two long-time staffers to hang onto them.

Teresa Depola is also taking on more work herself because of a lack of available help. She opened Betty Boops Diner in Albany, New York, 10 years ago, with her husband and son, and kept running it after she and her husband divorced.

While she ideally would have three staffers to run the place, lately she’s been a one-person workforce: cooking, waitressing, and even running deliveries.

“It’s small enough so I can do it myself, it’s not bad,” she said. Still, she would like to add some staff so she could serve dinner again. She’s been serving breakfast and lunch only and closing at 3 p.m. since the pandemic started. And she doesn't see the job picture improving anytime soon.

“I don’t think it’s going to change for a while,” she said. “I’m going to keep it the way it is right now, people are not willing to work just yet. I'm still having a lot of trouble finding staff.”

While most major U.S. industries have regained the jobs lost to the pandemic, employment in leisure and hospitality is down by 1.5 million, or 8.7%, since February 2020, according to the Bureau of Labor Statistics.

Many in the industry faced burnout after being on the front lines during two years of the COVID-19 pandemic, said Rob Wilson, president of human resources provider Employco. Some who stayed in the industry switched to larger restaurants where wages might be higher. Others left and looked into new opportunities.

“There’s nobody to hire, there’s nobody out there looking for jobs,” said Anesh Bodasing, who opened Tiffin Box, a fast-casual Indian restaurant in West Palm Beach, Florida, in 2019 with 20 staffers.

Last year in April 2021, Bodasing temporarily opened a second location in a food hall. But then the staffing shortage began to hit home.

“Your standard of employee went down and pay you’re paying people went up. From an employers’ standpoint, that’s the wrong equation,” he said.

Bodasing shuttered the food hall stall and is down to three staffers at the West Palm Beach location. He is considering changing the business to use less staffers.

“Let’s assume the employment shortage is not going to change,” Bodasing said. “You can sit around and struggle or pivot and change the business in a way that will get us ahead even during the shortage.”

One option is to replace the cashier position with an automated kiosk, which lets customers order and pay. Another possibility: introducing meal plans, where customers order a minimum of five meals in advance that they can eat or freeze.

“You just have to think outside the box; literally nothing is off the table,” he said.

Matt Ensero, founder of Wing it On! chicken restaurants, faced the challenge of keeping a full staff of 35 employees at the company’s two corporate restaurants in Waterbury, Connecticut, and Raleigh, North Carolina. (The chain also has nine franchise locations with more in development.)

“We thought, this is pervasive across our industry, we have to change our strategy,” he said. Ensero realized he was competing with other restaurants just to get applicants in the door — people would schedule an interview and then not show up 90% of the time. So, the chain started offering people a free lunch or dinner if they showed up. The ratio “flip-flopped” he said, and most applicants came for the interview.

Meanwhile, at the Raleigh location, which is near North Carolina State University, the company started offering scholarships to workers: $1,000 if they worked for a full year, or $500 if they worked one semester. The program was a success, and the company plans to increase the amount for full-year workers to $2,000 next year.

“It’s not something that’s a foregone conclusion anymore that you can put up an ad and people will walk through the door, and you hire them," Ensero said.

This article has been corrected with the correct spelling of Matt Ensero's last name.