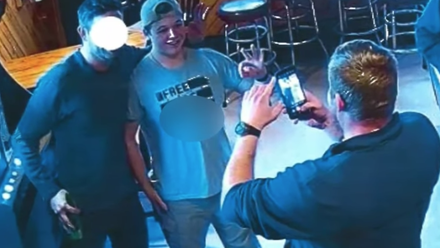 The protesters were sprawled out on the courthouse steps including Erica Ness.

“He should not be given special privileges but also he is actively emboldening white supremacists and militia members," Ness told CBS 58 Milwaukee.

On Jan. 5, after his arraignment, Rittenhouse was seen on video and in still images in a Wisconsin bar flashing the “OK” hand gesture co-opted by white supremacists and being serenaded by people singing the Proud Boys anthem.

Prosecutors on Thursday argued that Rittenhouse violated conditions of his $2 million bond by failing to inform the court of his current address. They've asked Kenosha County Circuit Judge Bruce Schroeder to issue an arrest warrant and hike Rittenhouse's bond by $200,000. 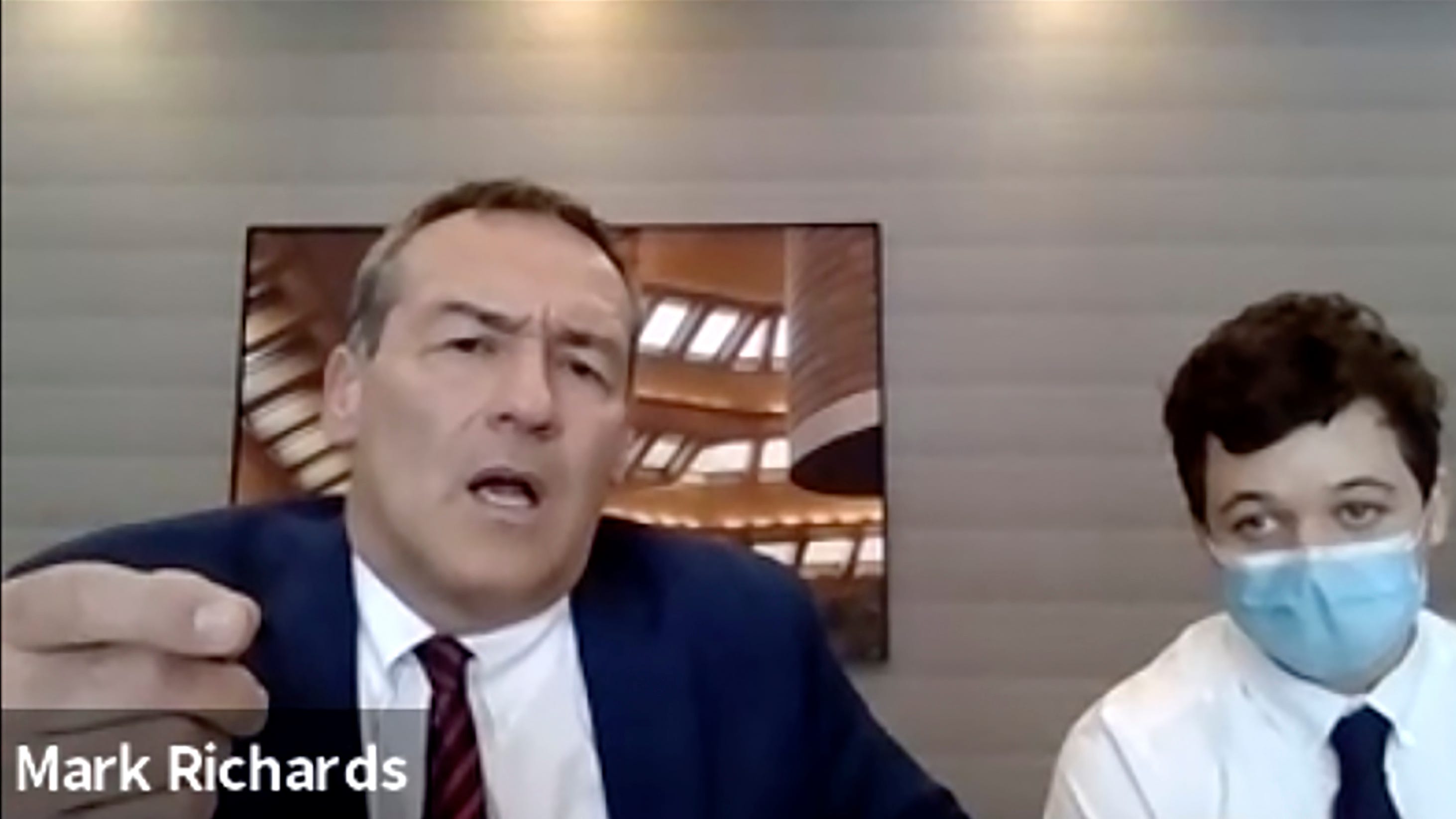 Though Schroeder ordered Rittenhouse to give the court his address, which would be kept under seal but refused to increase his bail and have him jailed. The judge also acknowledged Friday's protesters.

“This case is not going to be decided by demonstrators of one type or another. And, frankly, it’s not going to affect anything that I do,” Schroeder said.

Ness told CBS 58 Milwaukee that  Rittenhouse was only allowed to remain free because he’s white.

One of his lawyers has said a high-ranking police officer had suggested keeping his address a secret because of threats.

Rittenhouse came to Kenosha in August from nearby Antioch as hundreds of people were protesting the police shooting that left Jacob Blake, a Black man, paralyzed. Prosecutors said Rittenhouse, who is white and was 17 at the time, answered a militia group’s call on social media to protect Kenosha businesses. He is accused of killing Joseph Rosenbaum and Anthony Huber and wounding Gaige Grosskreutz with an AR-15-style rifle the night of Aug. 25.