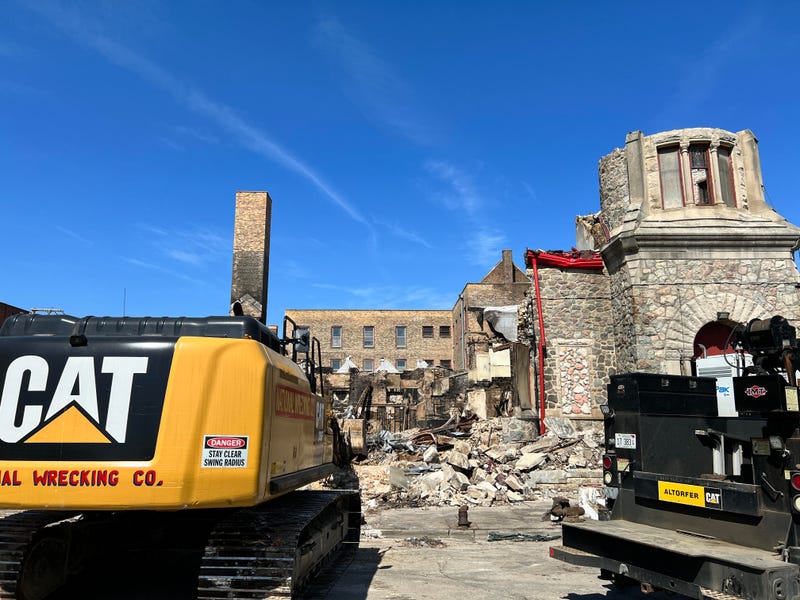 (WBBM NEWSRADIO) -- A nationwide fundraising effort is kicking off this weekend to raise money to rebuild the Antioch Missionary Baptist Church, which burned down on Good Friday.

“This is a big deal,” said Pastor Gerald Dew of Build Antioch Sunday, a nationwide effort in which churches around Chicago and the nation are being asked to pray for Antioch Missionary Baptist Church and to donate towards its rebuilding.

Dew said $40,000 has been donated so far towards the rebuilding effort.

The church has set up a Build Antioch Steering Committee.

“That will have the responsibility of collecting data from churches that have built new facilities recently to kind of research and recommend architects, builders," said Dew. 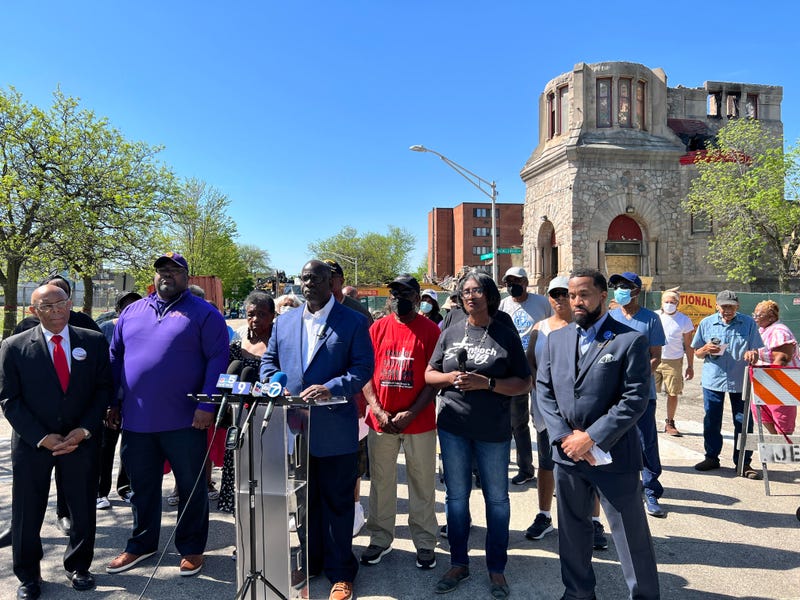 He is dreaming big. Dew would like to cut the ribbon on a new church and community complex on Easter Sunday 2024.

“We want that new building to have easy access to every person whatever their physical condition might be. We also want a fully functioning state-of-the-art computer lab that can serve our community and congregation. We’re envisioning a health and wellness zone.”

The pastor said he also envisions a Youth Empowerment Zone.

Demolition of the burned out Antioch Missionary Baptist Church is expected to be complete in a week and a half.

Worship services have been held since Easter at Callahan Funeral Home. Plans are being made to move to the auditorium of Urban Prep High School which is across from Antioch. Dew said the congregation expects to be in the auditorium in the next two to three weeks.

“The school has done some updates to the auditorium. We’re in the process now of putting in sound equipment, musical equipment, all of the things, the infrastructure that’s needed to support a full service of worship.”

Pastor Dew credits Mayor Lori Lightfoot with helping to cut through some red tape on getting the burned out building demolished and to get the use of the school facility.

Of the Build Antioch Sunday effort, Pastor T.D. Hughes of the Third Baptist Church said, “It is a national movement.” 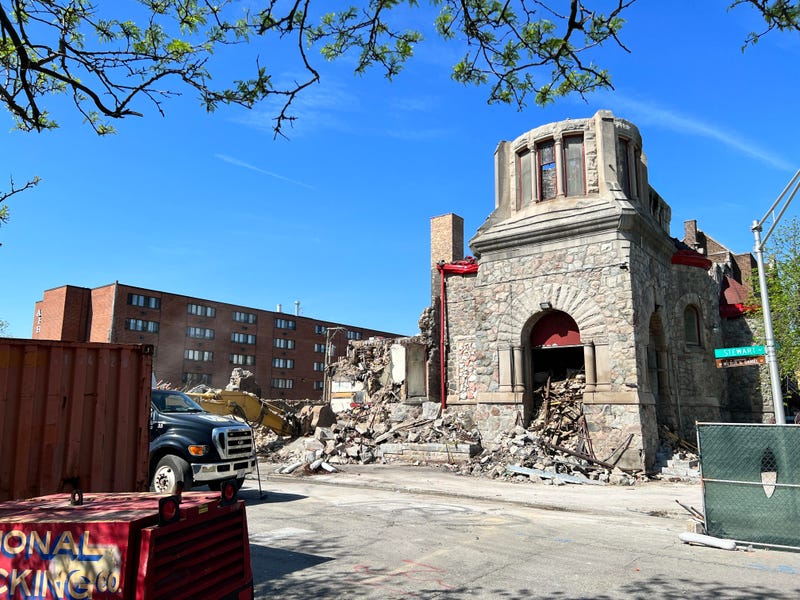 “The way we’re getting the word out is through the website which, again, is ambcchicago.org, the Antioch Missionary Baptist Church Facebook page and YouTube channel,” he said. 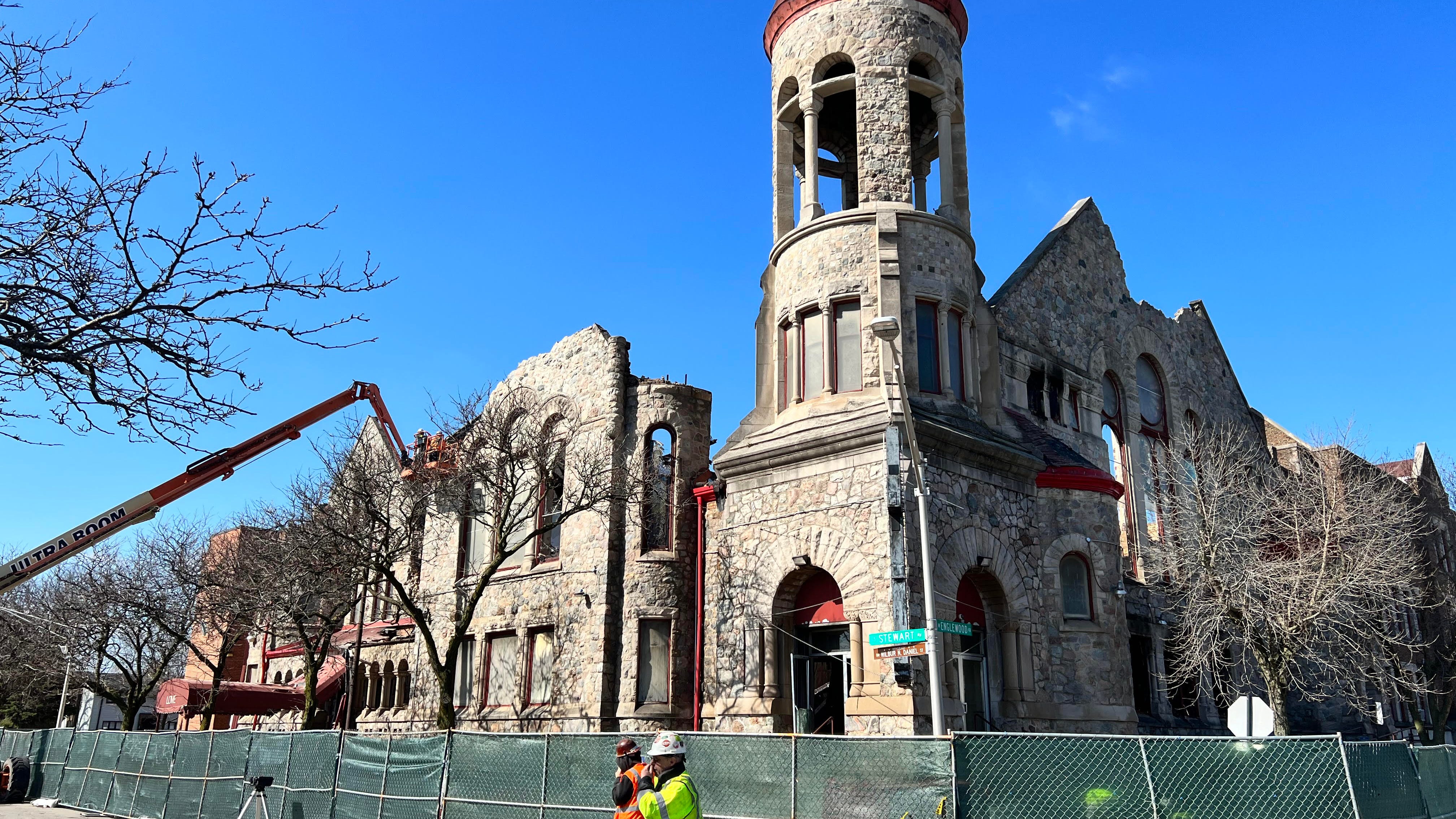