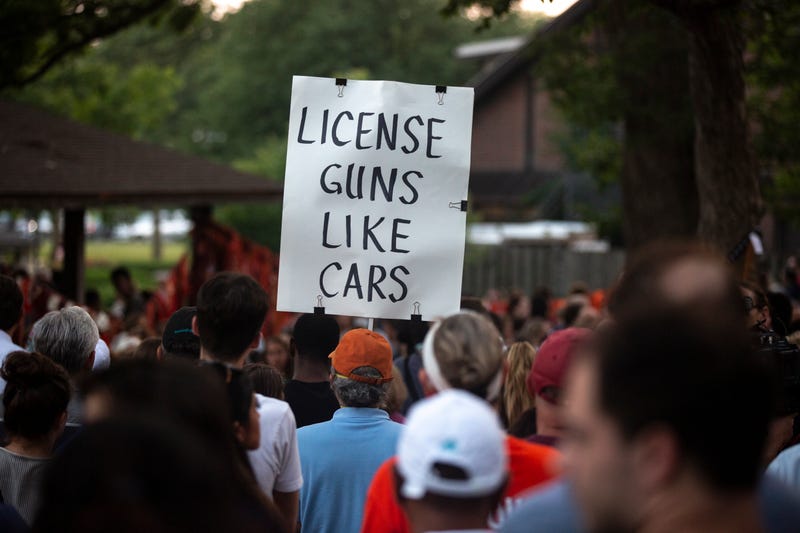 A person holds a sign that reads "License Guns Like Cars" at a vigil in Sunset Woods Park near the scene of a shooting at a Fourth of July parade, on July 7, 2022 in Highland Park, Illinois. Photo credit Jim Vondruska/Getty Images
By Mike Krauser

The council passed a resolution calling for state and federal bans on the manufacture, purchase, sale, possession, and use of all semi-automatic weapons and high-capacity magazines.

“It reflects the values of our community and sends a clear message that state and federal action is critical to reducing the likelihood of additional mass shootings,” said Highland Park Mayor Nancy Rotering.

The resolution makes an exception for military and law enforcement bodies, as needed.

A high school student, Rachel Jacoby, spoke during the meeting.

“We all deserve to live in a country where guns aren’t the leading cause of death for children,” Jacoby said.

A woman with two children in preschool said she just bought backpacks for them. Bulletproof backpacks.

She said her kids would be participating in an active-shooter drill during the first couple weeks of school. 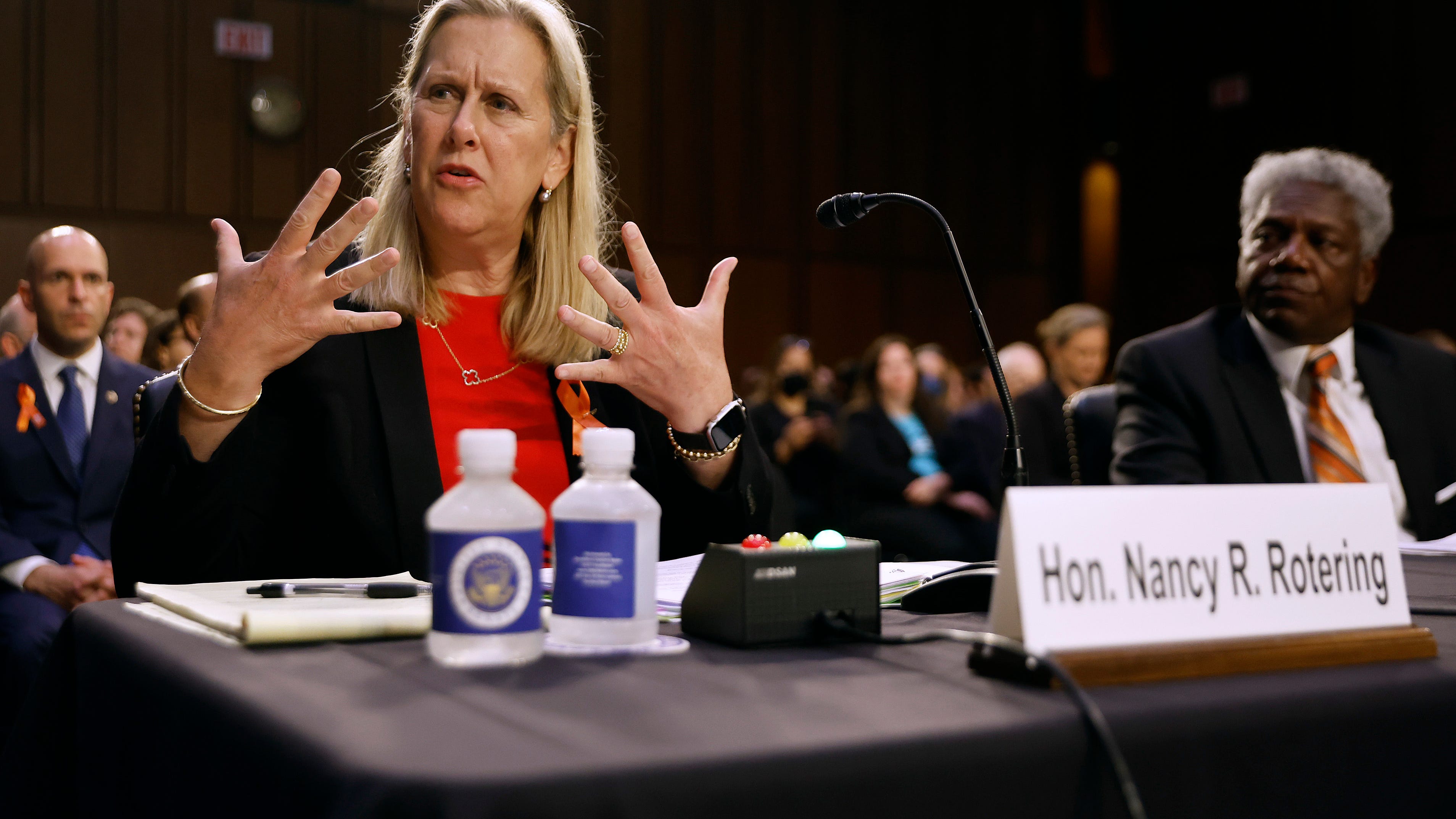 'We have an obligation to try:' Highland Park mayor once again urging for assault weapon ban 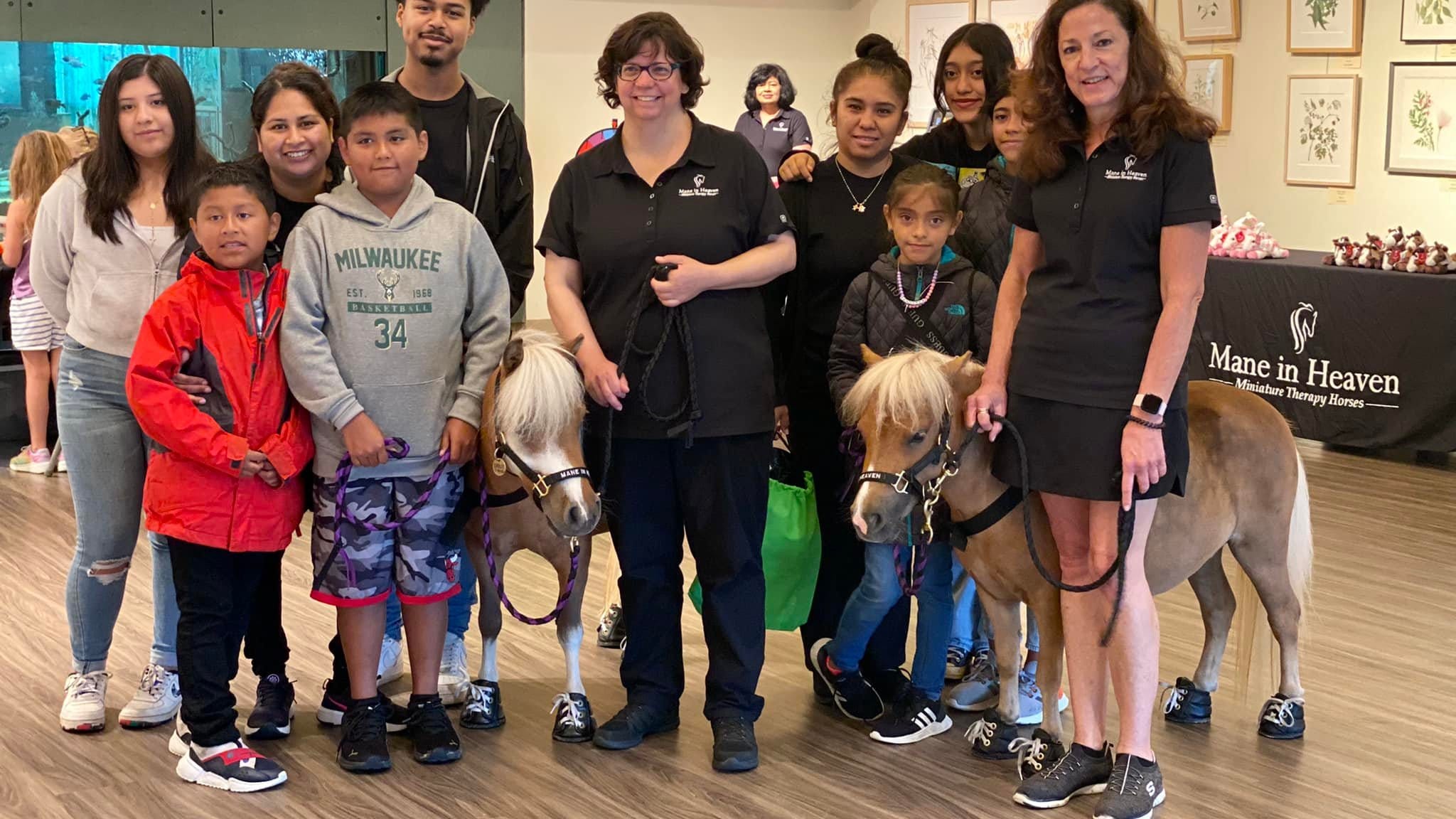