HIGHLAND PARK (WBBM NEWSRADIO) - Charges have not yet been filed against Robert Crimo, the 21-year-old Highwood man arrested as a “person of interest” in the shooting Monday at the Highland Park Fourth of July Parade.

Rotering revealed to CBS Mornings that she has known Crimo since he was a young boy. Rotering said she was the boy’s Cub Scout pack leader and described him as a “sweet, little boy.”

The mayor said the suspect’s online postings “reflected a plan and a desire to commit carnage for a long time.”

Highland Park Mayor @NancyRotering says the July 4 parade was a “joyful” celebration — until gunshots rang out along the route.

Now, she says, is the time to ask, “Why we’re OK with allowing weapons of war on our streets and why we’re OK with weekly having mass shootings.” pic.twitter.com/1dMcJHVW3g

“My heart breaks for everybody in this town. I’m not sure what happened to him to compel him to commit this kind of evil in his hometown, but we have a city that is in deep mourning today,” said Rotering.

Nicole LaCross stopped by the police station with three boxes of donuts. She can’t believe this happened here.

“I think it’s really upsetting and it just reminds us that we need to prioritize gun safety as well as mental health awareness in our area,” LaCross said." 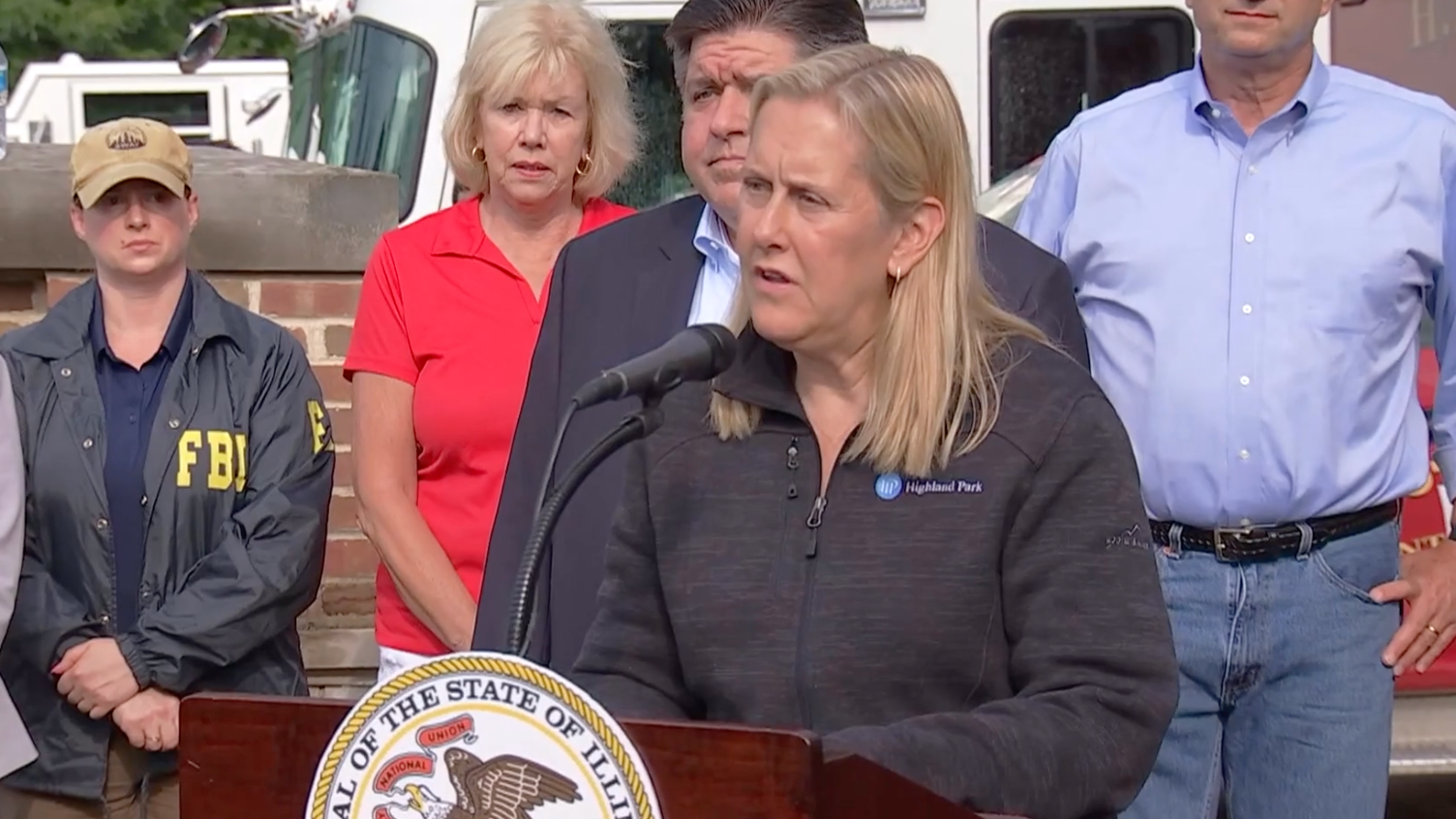