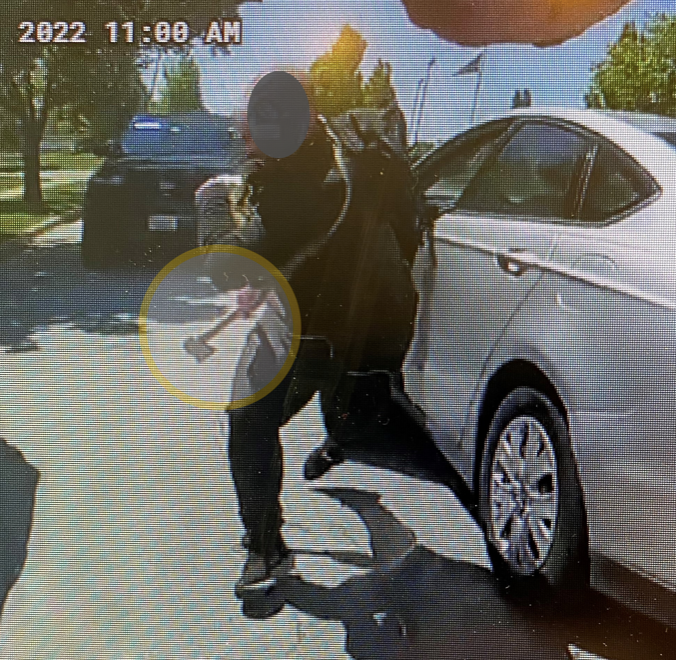 (WBBM NEWSRADIO) -- A Naperville police officer fatally shot a man who came running ran at them with a hatchet during a traffic stop Friday morning, authorities said.

The officer had stopped a car at Bond Street and McDowell Road around 11 a.m. when an unrelated vehicle pulled alongside, Naperville police said in a news release.

A man jumped out of that car and ran at the officer with a hatchet in his hand. The officer pulled their service weapon and shot the man, who died at a hospital, police said.

The officer, a 22-year veteran of the force, was not hurt.

Authorities have not yet identified the man shot and killed. The Naperville Police Department provided a still image of what they say is him rushing at the officer with the hatchet.