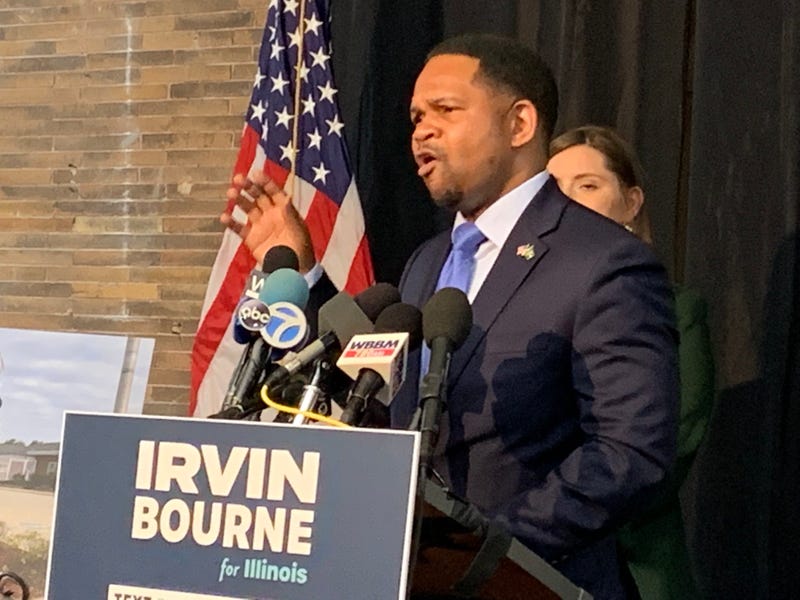 CHICAGO (WBBM NEWSRADIO) - Republican candidate for Illinois governor Richard Irvin came to downtown Chicago Wednesday to talk about ending the surge in violent crimes that has been scaring people across the city and state.

Aurora Mayor Richard Irvin wanted to highlight that more than 50 people were shot in Chicago over the Memorial Day weekend and touted his own city, Illinois’ second largest, as one of the safest in the state. He laid the atmosphere for violence at the feet of Democratic officials.

“We have a governor who wants to handcuff the police rather than handcuffing those who commit crimes, embolding the very criminals who are terrorizing our neighborhoods,” Irvin said. But while the Aurora Mayor talked about attacking crime head on, he sidestepped questions about police accountability and misconduct.

“No one working in government or public service is beyond reproach. No agency is perfect. We should all strive to all be better, and that’s what we’ve done in Aurora. We’ve strived to be the most prepared, the most trained, the most capable,” said Irvin.