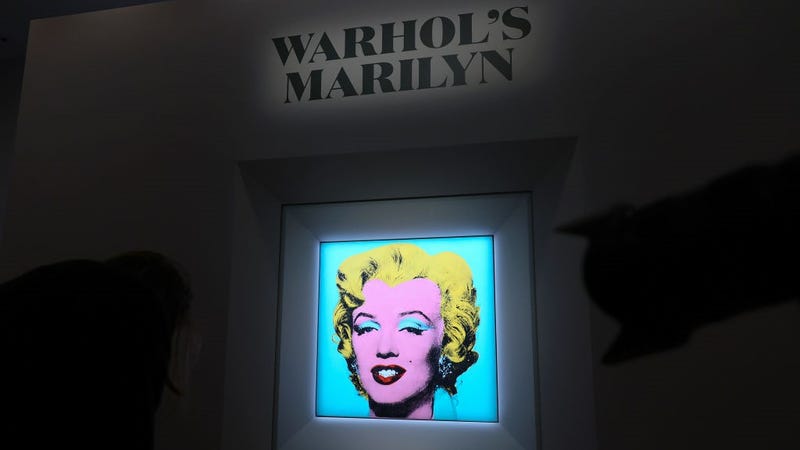 Andy Warhol's "Shot Sage Blue Marilyn" sold for a record-breaking $195 million on Monday night at Christie's auction house in New York, making it the most expensive piece of art by an American and the most expensive 20th century work of art ever sold at auction.

The silk-screen portrait of Marilyn Monroe from 1964 was called "the modern Mona Lisa" by the auction house, as it shattered the previous record for an American painting sold at auction. Jean-Michel Basquiat's 1982 "Untitled" painting of a skull sold for $110.5 million in 2017 at Sotheby's.

The sale also breaks the record for a Warhol piece of art sold at auction, which had been $105.4 million for "Silver Car Crash (Double Disaster)" in 2013, according to Forbes.

Alex Rotter, Chairman of 20th and 21st Century Art at Christie's referred to Warhol's painting as "one of the greatest paintings of all time" and compared it to the works of Leonardo Da Vinci and Pablo Picasso.

"Shot Sage Blue Marilyn is the absolute pinnacle of American Pop," Rotter said in a news release. "The painting transcends the genre of portraiture, superseding 20th century art and culture. Standing alongside Botticelli's Birth of Venus, Da Vinci's Mona Lisa, and Picasso's Les Demoiselle d’Avignon, Warhol’s Marilyn is one of the greatest paintings of all time."

Well known art dealer Larry Gagosian purchased the painting for the record price, according to The Washington Post, although it's unclear on whose behalf he was bidding.

Christie's expected that the prized work of art could sell for as much as $400 million, according to The New York Times.

All of the proceeds from the sale will benefit the Foundation of Thomas and Doris Ammann, which Christie's says, "is a Swiss philanthropic foundation dedicated to improving the health and wellbeing of children and young adults."

The painting was one of five parts of a series of "Shot Marilyn" portraits, in which fellow artist Dorothy Podber had visited Warhol's studio, The Factory, in September 1964 and shot a stack of the 40 x 40-inch portraits that were up against a wall. 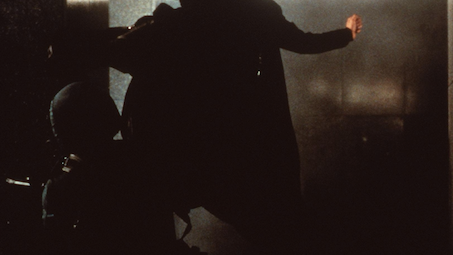