CHICAGO (WBBM NEWSRADIO) -- The Chicago Union for the Homeless disappeared decades ago but activists are working with people experiencing homelessness to now reestablish the organization that aims to end homelessness.

Activist Adam Gottlieb is working with people experiencing homelessness to get the union up and running. The founding convention is Saturday at 7:30 p.m. at City Lights Church, 6425 W. Grand Ave.

Gottlieb said he wants to get as many folks who do not have permanent housing to attend and make their voices heard.

"We are going to try to get rides for people from all over the different encampments that we have been working with together to build something led by the people who are experiencing homelessness themselves," Gottlieb said.

Bruce Perry, the veteran coordinator for the recently established National Union of the Homeless, said the goal of the union is not to just get people off the street but to find tangible ways to end poverty and homelessness.

The national union now has chapters across the country. 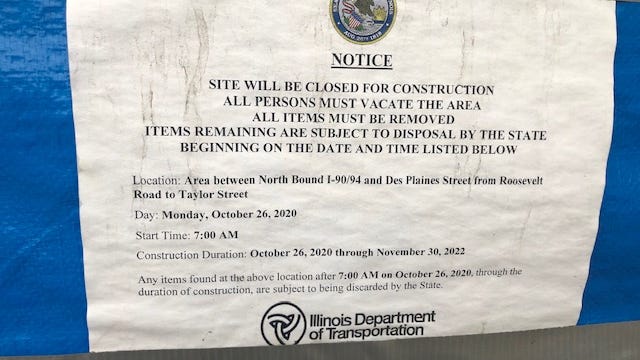