NEW YORK (1010 WINS) -- Amy Coney Barrett was sworn in by Justice Clarence Thomas as a Supreme Court Justice during a ceremony at the White House late Monday night.

Thomas administered the Constitutional Oath, while the Judicial Oath will be administered on Tuesday by Chief Justice John Roberts, the court said.

Barrett said, "The oath that I've solemnly taken tonight means at its core that I will do my job without any fear or favor and that I will do so independently of both the political branches and of my own preferences. I love the Constitution and the democratic republic that it establishes and I will devote myself to preserving it."

Prior to the ceremony, the Republican-controlled Senate voted to confirm the 47-year-old conservative appeals court judge to the Supreme Court, a little over a week before Election Day.

Fifty-two senators voted to confirm Barrett and 48 voted not to confirm.

"That was a good choice, wasn’t it?” Trump asked the crowd at a Pennsylvania rally earlier in the day about Barrett, a Notre Dame Law School alumna and a member of the law school's faculty since 2002.

During the hours leading up to Barrett's confirmation, senators from both parties took to the Senate floor, with Democrats slamming the entire confirmation process as a farce because of its proximity to the election.

"After refusing a Democratic nominee to the Supreme Court because an election was eight months away, they will confirm a Republican nominee before an election that is eight days away," Senate Minority Leader Chuck Schumer said. "The American people will suffer the consequences of Judge Barrett’s far-right, out of the mainstream views for generations."

Opponents of Barrett have pointed out her association with groups that espouse anti-LGBTQ and anti-abortion sentiments.

"I believe that, given how she outlined, not only to me but how she spoke to the issue of reliance when she was before the committee, I believe that she will look at that and weight that in any matters in any cases that come before her that take up Roe v. Wade," the Alaska senator said.

“I don't see her overturning the decision in Roe v. Wade, based on based on the weighting of other reliance factors," she said. 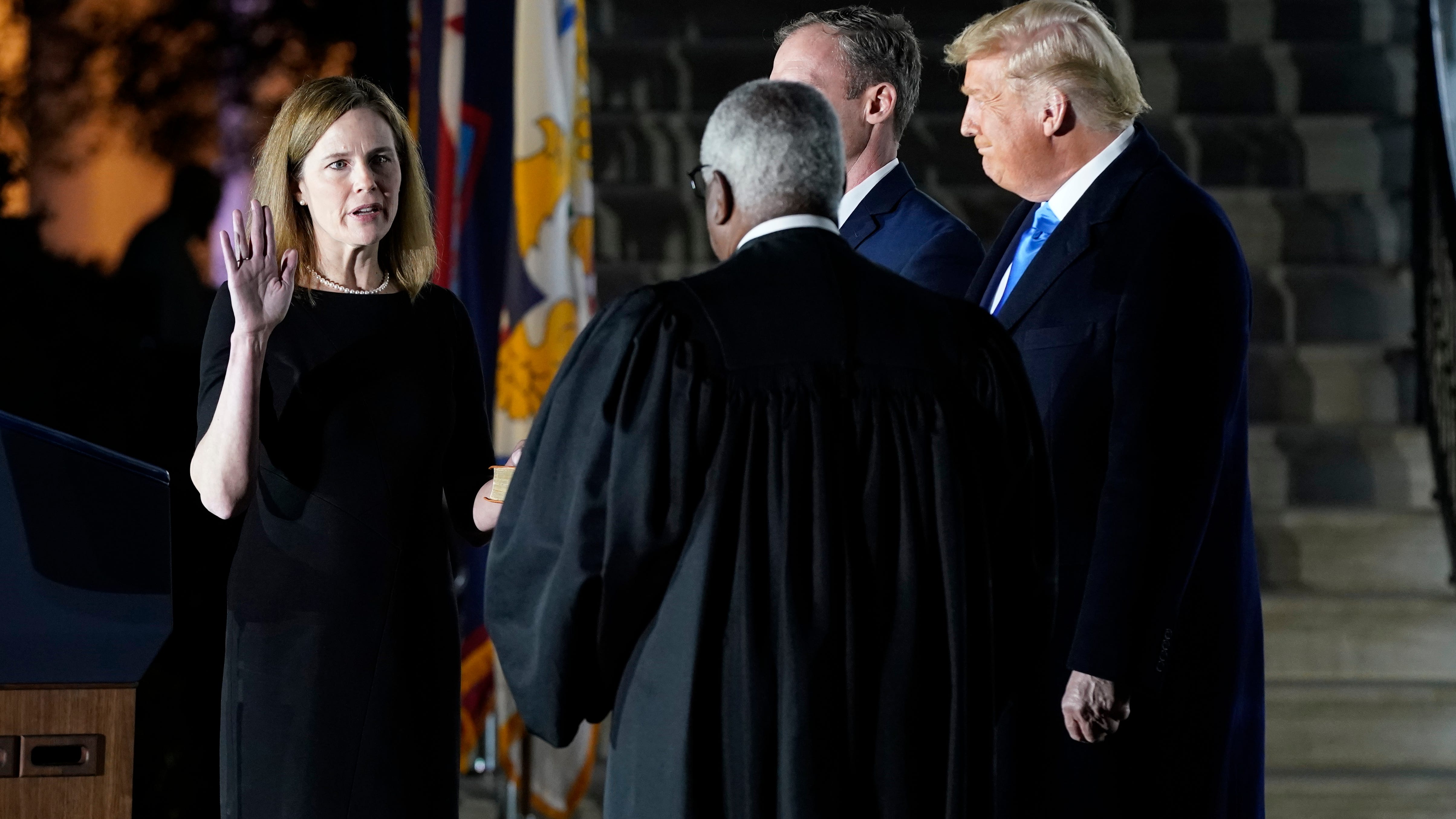