(670 The Score) It’s Week 4. The Bears have a winning record, and we all hate it. No one’s happy and this season and all its winning has been miserable. This is why we watch football. This is why we LOVE football. All that's standing between an even more miserable 3-1 existence is the New York Giants, who are somehow also 2-1? Someone is going to come out of this game Sunday thinking about making the playoffs, and I wish the best for them. Anyways, let's break down a few key matchups.

Bears QB Justin Fields vs. Giants CB Adoree’ Jackson
There's nothing original about saying that a quarterback against a cornerback is a matchup to watch, but until Fields can complete more than eight passes or throw for more than 100 yards in a game on a consistent basis, he’s going to be in. Also, there’s SEO to consider! Fields needs even just an average performance in the worst way, and the Giants’ secondary may not be quite the bounce-back opportunity that people assume. (They’re assuming this, right?) The Giants' generally OK pass defense may be benefiting from the fact that they’ve played Ryan Tannehill, Baker Mayfield and Cooper Rush, but whatever – never let details get in the way of a good narrative. Jackson has played like the Giants’ best cornerback so far, so I guess he’ll match up with Darnell Mooney? Or Equanimeous St. Brown? What a game we have on our hands.

Bears LB Roquan Smith vs. Giants RB Saquon Barkley
This is less about any sort of an upper hand that one may have over the other and more about just being the best one-v-one matchup on the field this Sunday. I probably don’t need to remind you that Smith is coming off one of his best games in a Bears uniform, but did you know that Barkley is having quite the bounce-back season? You did, because you watch football too? And listen to sports radio? And are hammered with New York sports news even though you don’t live anywhere near there? Ah. Through three games, Barkley has rushed for 317 yards on 6.0 yards per carry. The silver lining for the Bears is that some of the advanced stats have Barkley more toward the middle of the pack, but still – he’s definitely playing better than he has in a couple of years. The league leader in tackling against a running back who ranks second in total rushing yards so far is probably worth tuning in for. 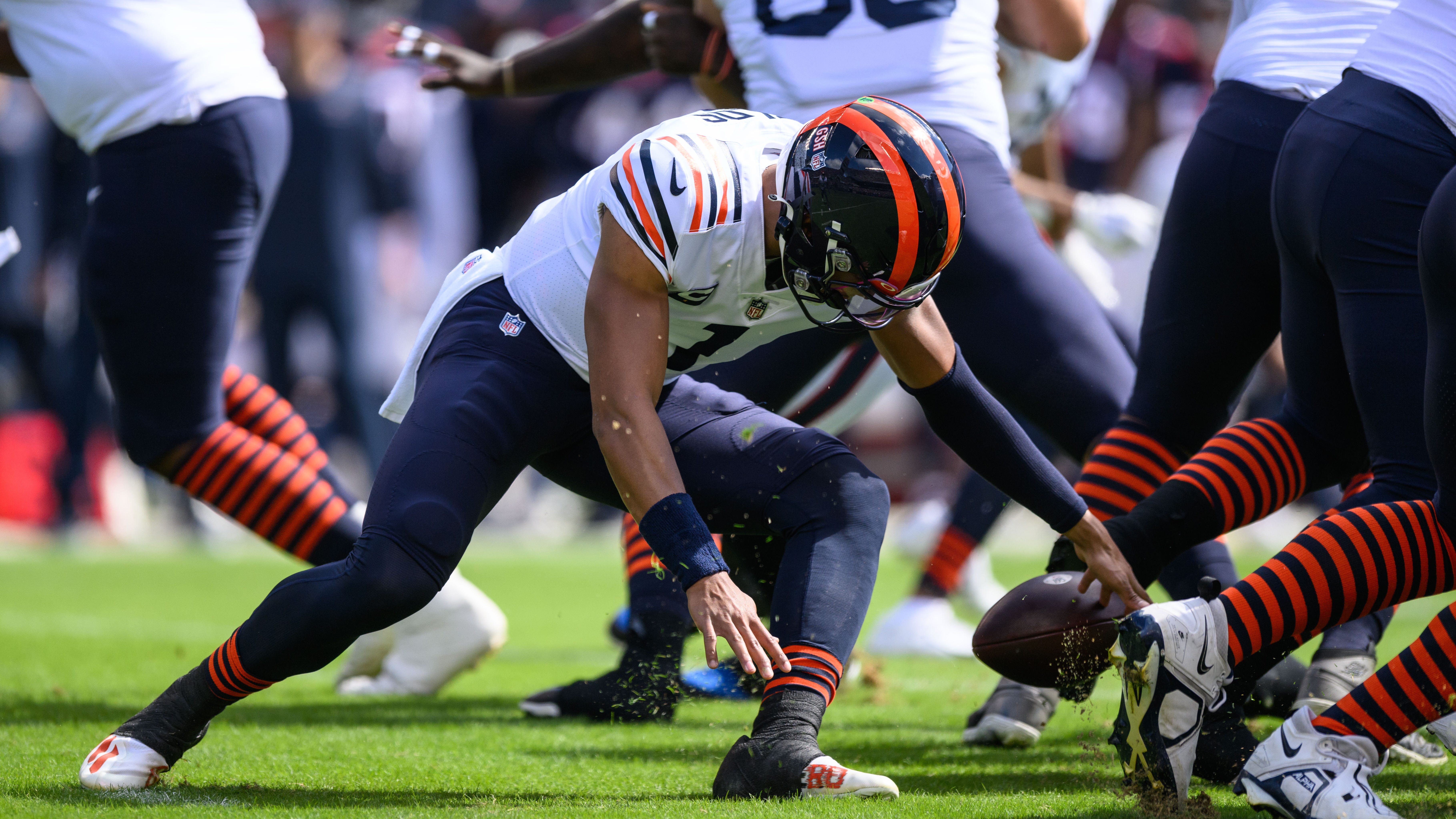 Ellis: Bears crises are in the eye of the beholder

Bears edge rusher Robert Quinn vs. Giants LT Andrew Thomas
Thomas is a stud. Through the early part of the season, he’s the top-ranked tackle by Pro Football Focus. He’s been a tiny bit better in run blocking (90.2 grade) than he has in pass protection (82.6), which I guess technically bodes well for Quinn? Through the first three games, Quinn is facing more double teams than just about any player in football. Not only that, but the rate with which he has seen doubles has almost … and I’m sorry for this … doubled. Do the Giants let Thomas handle Quinn on his own to start? The Bears don’t blitz a whole lot, which probably doesn’t help Quinn’s cause – but he’s been generally productive even without the sack numbers this season. For no real reason -- and definitely not because the NFL trade deadline is in a month or anything -- it’d be nice to see one or two more big-time performances out of the veteran Quinn. For no real reason.