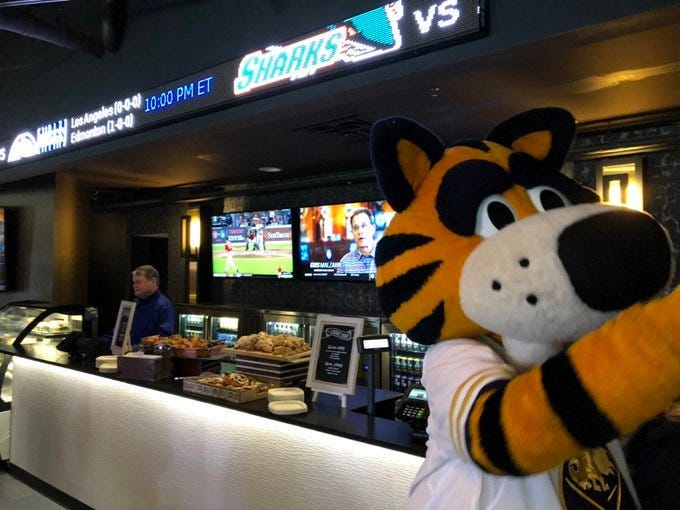 BUFFALO (WBEN) - On Saturday morning, just hours before the Sabres' home opener of their 50th anniversary season, the team was joined by the Seneca Gaming Corporation to unveil the brand new Seneca Sports Lounge inside KeyBank Center.

Fans who have a 200-level or suite level ticket will be able to access the lounge.

"They've redone the entrances at their Niagara Casinos, and so our crew went up there, really understood, really wanted to work with what had already existed, and then bring that whole experience  here to the arena," said Kim Pegula. "I think they did a wonderful job; I think the fans are going to be really impressed with being able to watch the games and the feel that they're going to have of being in a gaming environment while at a game."

Pegula was asked if this is a step in the direction toward sports gambling.

"I do believe so," she responded. "Obviously, we know that sports betting is allowed in the State of New York in the buildings and in the brick and mortars, so I think this is just kind of our way of taking that step and engaging with those fans within the realm of what we can do legally within the state. As state law changes, we look forward to really partnering again with Seneca to see if there's any ways we can grow with them as well in the future."

Seneca Nation President Ricky Armstrong was in attendance for the unveiling, and he came away quite impressed with the setup the Sabres created.

Naturally, Armstrong was also asked about the future of sports gambling in the area, as the Seneca Gaming Corporation has already begun the process of hiring people for their three casino facilities.

"I think this is the first step in sports betting even though you really can't bet here," he said. "But, I think it opens the door for mobile betting down the road."