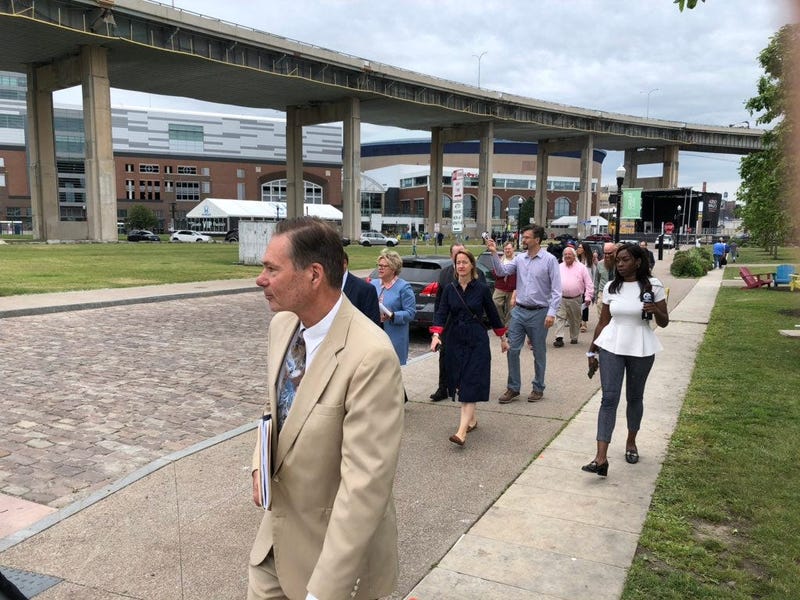 Governor Cuomo announced the competition in February and later announced the ten panelists in April. But what exactly will they be looking at? Governor Cuomo's Senior Advisor John Maggiore told reporters that they want the panelists to determine the best vision for the entire corridor and not just the bridge itself.

"I can imagine parts of the Skyway remaining as an homage to what currently is here," she said. "There's a need to have a discussion about what function does it really serve and what purpose it really serve and to make sure it matches with future reality with the town."

She said she's been inspired by The High Line in New York City and the 11th Street Bridge redevelopment in Washington, D.C.

The ten panelists are: