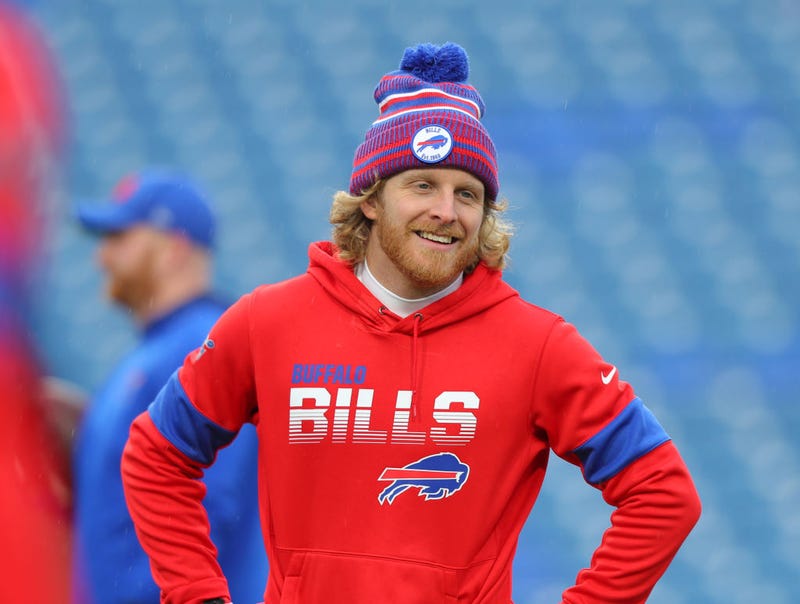 Entering his ninth NFL season, and second in Buffalo, the 31-year-old Beasley spent the offseason reassessing his objectives upon coming to the realization he’s no longer going to get caught up in numbers, yards and catches.

“I read a few books, and then it’s almost like I knew that already,” Beasley revealed during training camp last month.

“Sometimes when you read it, it confirms something for you and then it just clicks in your head,” he added. “It seems like it was just one day I woke up and it’s like I don’t care what anybody else outside of here thinks any more.”

Beasley provided the insight in responding to a question over frustrations he previously expressed in being under-used during his first seven years in Dallas, and whether he’s concerned the same might happen in Buffalo after the Bills acquired receiver Stefon Diggs in a trade with Minnesota in March.

“No, because we throw it a lot more here than we did at Dallas at that time,” he said, referring to the Cowboys run-focused approach behind former starter DeMarco Murray and his eventual successor Ezekiel Elliott. “This offense is way different.”

The Bills, who open the season by hosting the New York Jets on Sunday, are coming off a year in which they placed more of an emphasis on passing over running in the second season under coordinator Brian Daboll.

Buffalo attempted 513 passes — the team’s most since 2014, when Kyle Orton supplanted EJ Manuel as starter — versus 465 rushes. Take away Josh Allen’s 109 carries, the most by a quarterback in team history, and the disparity would’ve been larger given the Bills want the third-year starter to focus more on throwing than bolting out of the pocket.

There’s no reason to believe the pass-first approach is going to change with Diggs providing the Bills an established trio of receivers in joining Beasley and John Brown, two 2019 free-agent additions.

Brown had 72 catches for 1,060 yards last season, the most by a Buffalo player since Stevie Johnson had 1,073 in 2010. Beasley finished with 68 catches for 778 yards — both the second most in his career — and a career-best six touchdowns.

Diggs, who has topped 1,000 yards in each of his past two seasons in Minnesota, is expected to cut into Brown and Beasley’s production.

Beasley doesn’t consider that as a negative, and instead looked at the bright side in noting the trio will make it more difficult on opposing defenses.

“They can’t take away everybody,” he said. “When there’s three guys that you can’t really cover one-on-one, it might cause some problems.”

Brown isn’t overly concerned over how the ball is going to be distributed with Diggs’ addition.

He encountered a similar situation in 2015, his second NFL season, when he was part of an Arizona Cardinals receiving group that featured Larry Fitzgerald and Michael Floyd. Brown finished second behind Fitzgerald with 65 catches for 1,003 yards and seven touchdowns.

“I don’t have to reset nothing. I’ve been through this before,” Brown said. “If you want to win, you have to stop being selfish and focus on winning and make the plays when they do come to you.”

Brown then joked he’s accustomed to sharing after growing up with four sisters and two brothers.

All three receivers are difficult to cover off the line, with Diggs and Brown possessing breakout speed. Beasley has a knack for finding openings underneath.

Beasley’s shiftiness was evident during a recent one-on-one goal-line drill in practice.

Lining up to Allen’s left, Beasley faked going outside and cut into the middle in a move that completely turned around backup safety Dean Marlowe. As Marlowe attempted to recover, he was spun around again, when Beasley cut quickly back to the outside and caught Allen’s pass.

Though Beasley’s approach has changed, his self-confidence hasn’t.

“I know one-on-one, in my mind, nobody’s really going to cover me,” he said.

“As long as I know what I am, that’s all that matters to me. I don’t need numbers to really prove that,” Beasley added. “If there’s two guys outside of me that both have 1,000 (yards) each, I’m happy.”

NOTES: CB Josh Norman missed practice Wednesday as he continues to nurse a sore hamstring he hurt nearly three weeks ago. ... The Bills took the precautionary approach of having rookie QB Jake Fromm not practice with the team in the event starter Josh Allen and backup Matt Barkley are unavailable because of positive COVID-19 tests. The team said the fifth-round draft pick “will periodically practice away from the rest of the team to keep its emergency options open.”