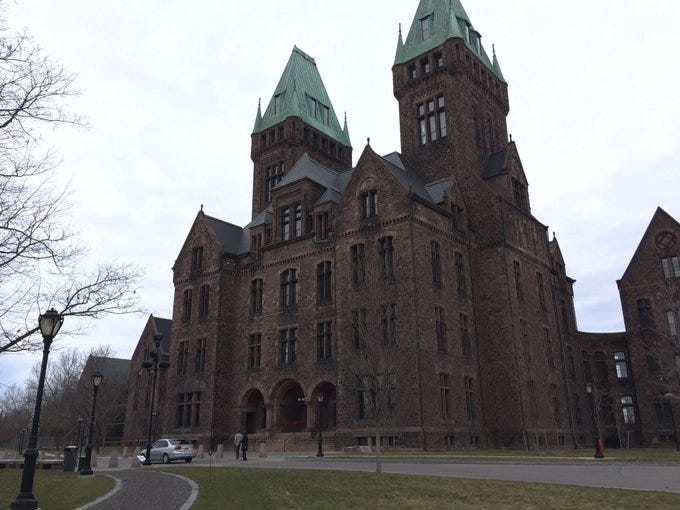 At a meeting next month, the directors of the Richardson Center Corp. are expected to formally designate Douglas Jemal as developer for the recently closed Hotel Henry. Business First indicating that Jemal's first order of business will be to change the hotel's name. Jemal already has in hand developer status for seven other buildings within the Forest Avenue footprint.

The recently opened BankOnBuffalo at 827 Hopkins Road in Amherst is the 11th branch for the financial institution.  It is also considered a SMART Center. The new facility has an array of state-of-the-art technology for customer convenience, including SMART Stations for customers to talk about their accounts with a banker via interactive video before and after normal banking hours. A community room is also available for future use by civic and non-profit groups at no cost.

Evergreen Health has received its Adult Outpatient Mental Health Clinic license from New York State’s Office of Mental Health. This licensing will enhance its Center for Behavioral Health, which is focused on services pertaining to an individual’s mental state, emotions, and the patterns of behaviors they adapt to cope with adversity.

Trocaire college has added three new members to its Board of Trustees.  They are Lawrence Christ, Angela Laviano Hamister and Kathy Jamil.