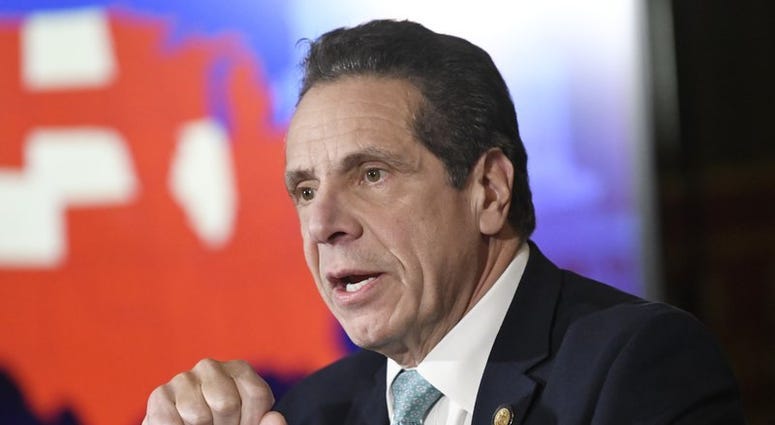 BUFFALO (WBEN) - Over the past several days, both Governor Andrew Cuomo and Lt. Governor Kathy Hochul again preemptively called into question any potential COVID-19 vaccine to come from federal agencies.

"Here's a vaccine, it was new, it was done quickly, but trust this federal administration and their health administration that it's safe, and we're not 100% sure of the consequences?" asked Cuomo. "I think it's going to be a very skeptical American public about taking the vaccine, and it should be."

At a Friday morning press conference at the Jacobs School of Medicine, Hochul reiterated the state's intention to study any vaccine with their own set of experts prior to mass deployment to New York State residents.

"We have incredible experts in our own state who will be able to test this vaccine when it is available to make sure it's exactly what he want for New Yorkers, and to know that it's going to be safe an effective," said Hochul.

When asked why residents should be skeptical about a vaccine...

"I think New Yorkers know why," she responded. "The President has already politicized those agencies, they've already reversed positions that they publicly stated after getting pressure from the White House.

"If it did come out before the election, we're not sure that we would trust that because that would be undermining decades of prior research that says you have to have a longer testing time," Hochul continued. "It's probably more likely in April that there will be a vaccine, but if the President rushed it to market for political gain, I'm not saying that we're going to trust that. We'll trust what we'll verify, and we'll verify with our New York State experts to give all New Yorkers that confidence to know this is not a politically-driven vaccine, it is one that is safe."

Dr. Joseph Chow serves as the regional medical director for WNY Immediate Care, and he is hoping to see decision making that is driven by facts, not opinion, when it comes to the deployment of any vaccine.

"I think people should have questions, and hopefully the government, the distributors will have answers - hopefully they'll use complete facts and say this is x -percent effective, these are the side effects - and then let the general public make that decision," said Chow. "Typically, vaccines are intended to improve the health of individuals as well as communities in society, so if we get these kinds of facts without opinion, I think that's the best way of introducing this. Certainly, if there's good facts that this will be effective and reasonably safe, I think that's something people should get comfort with."