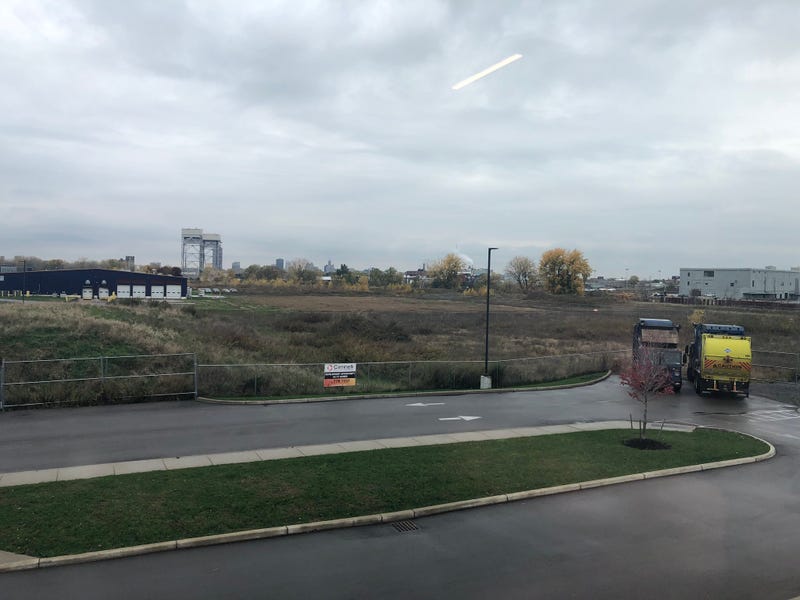 BUFFALO (WBEN) - The entertainment industry in the Queen City may be getting yet another boost, as a new project to develop a 27-acre parcel into a world class, $75 million studio is expected to come to South Park Avenue.

NOW: Officials unveil “Buffalo Studios”, which they believe will bring Hollywood to Buffalo. They are creating a movie studio on 27 acres across from the Tesla Factory in South Buffalo. They expect the project to finish by 2022 pic.twitter.com/JIQWQBfhx2

"Buffalo Studios will be the first true Hollywood movie studio in Western New York, bringing unparalleled sound stage capabilities to the City of Buffalo for major film and TV projects, and offering film industry jobs across Western New York," said Fleckenstein. "We know the industry is knocking on our door and has started to come here in a big way - the last several years, there's been exponential growth, not only in the quantity of productions that are coming, but the quality as well."

In all, the site will include state-of-the-art film studios consisting of sound stages that will be used to produce film, television and commercial productions.

Though Mayor Byron Brown was not present for the announcement, he released the following statement:

"As my administration continues to build on its commitment to increase access and opportunity for city residents who work in the film and television industry, today's announcement of a second major studio is under development in our community reinforces that Buffalo is a destination for filmmakers - people want to come here and they want to make movies," said Brown.

Cultivating our local film industry! Buffalo Studios CEO Matt Fleckenstein announced the coming of a sound stage located on South Park Ave. This is the 2nd major film studio being developed in #Buffalo, which will attract films, add jobs & generate revenue in our economy! pic.twitter.com/6rkp3xOQNl

Brendan Mehaffy is with the city's Office of Strategic Planning, and he said the announcement reinforces a burgeoning film industry.

"This is the second major announcement in less than five months of a television and film studio being built in Buffalo, which shows people's faith and understanding in our authenticity, and Buffalo's resurgence is stronger than ever," said Mehaffy.

"Not only will Buffalo Studios bring jobs to the city, but it will also offer academic collaborations with the University of Buffalo to train students in the full spectrum of film and animation production," added Fleckenstein. "This will allow for future generations of Buffalonians to be educated in the newest technology and skills used in film making and other productions - and to be able to work on those projects in their own backyard."

The project is tentatively expected to break ground in late spring of 2021 with the hopeful completion of the project toward the end of 2022.