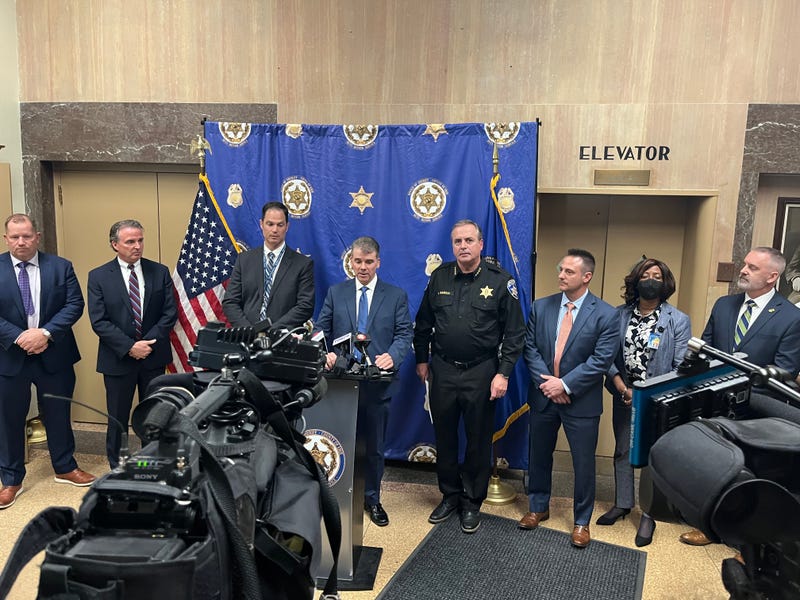 Buffalo, N.Y. (WBEN) - A federal grand jury has returned a 13-count indictment with nine defendants being charged with narcotic conspiracy. This was a collaborative effort with local, state and federal law enforcement leaders.

The nine defendants named in the indictment are:

Graham, Udrea, Davis, Williams, Washington, Schrecengost and Graham are also charged with conspiracy to commit sex trafficking by force or coercion. Lairon Graham has additional charges which include interstate transportation for purposes of prostitution, enticing travel to engage in prostitution, and possessing and brandishing a firearm during and in relation to a drug trafficking crime.

Erie County Sheriff John Garcia shared details of the raid on 143 Grote Street which was conducted with Buffalo PD Swat Team at approximately 6:11 a.m Thursday morning. The raid resulted in a seizure of five illegal handguns, five ounces of cocaine and a half ounce of fentanyl. This resulted in the arrest of 44-year-old D'Angelo Allen.