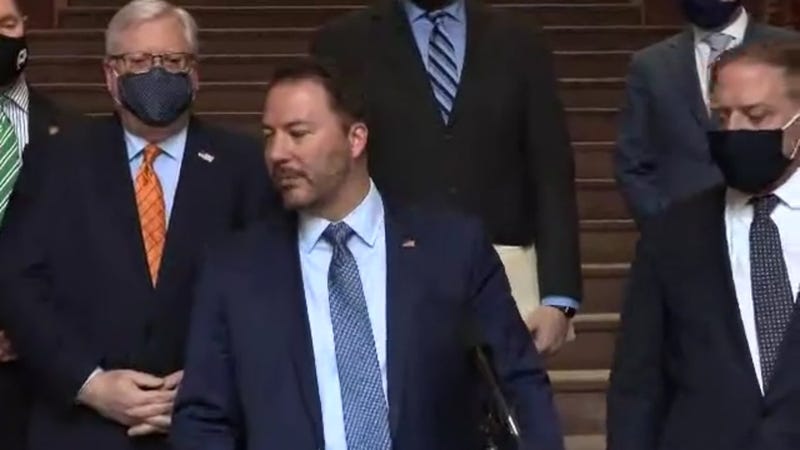 BUFFALO, N.Y. (WBEN) – Republican lawmakers in Albany blasted democrats for their efforts to rescind Governor Andrew Cuomo’s emergency powers, saying the legislation actually does not do what the assembly and senate democrats said it would.

“This is the equivalent of peeing on someone’s shoes and telling them it’s raining,” Republican Senate Minority Leader Rob Ortt said Wednesday. “By the governor’s own acknowledgement in his press conference, he was part of the three-way deal. You don’t get to be part of the deal that rescinds your emergency powers. This was about the legislature establishing itself as a co-equal branch of government.”

Democrats, who hold a supermajority in the Senate and Assembly, announced Tuesday their plans to rescind the governor's emergency powers. In announcing their plans, they said the legislation will repeal the temporary emergency powers immediately while allowing executive actions critical to public health to remain.

"Standing directives taken by executive action which manage the spread or reduction of COVID-19, facilitate the vaccination process or require use of face coverings, will remain in effect for an additional 30 days," a news release from democratic leaders said. "While these can then be extended or modified, the governor will be required to notify relevant Senate and Assembly committee chairs as well as the temporary president of the Senate and the speaker of the Assembly with the need for the extension or modification, and the threat to public health and safety, and provide an opportunity to comment. The governor cannot extend actions beyond the first 30 days unless they explicitly relate to the COVID-19 pandemic."

Ortt said the bill keeps every existing order and directive for 30 days, which the governor can modify or reissue for another 30 days.

“Just like he can right now,” Ortt said. “There’s about 196 current orders in place.”

When lawmakers gave Governor Cuomo unilateral control in the early days of the pandemic, his emergency powers were supposed to expire on April 30, 2021. However, Ortt said the democratic leaders are now allowing Cuomo to keep his powers beyond the end of next month.

“They’ve actually extended (his powers) until the federal government decides the state of emergency is over,” Ortt said, adding that it’s not explicitly said in the bill but Cuomo said that is the metric used. “If the senate democrats had done nothing and continued to vote down our resolution every day, that would be better than this bill. This bill is a feckless shell, it’s worse than nothing.”