Buffalo, NY (WBEN) - Almost two months after the beginning of the school year, which has been entirely remote, The Buffalo Public School district says that every student will have a laptop or iPad to be able to log in to remote learning by the end of the week.

The district said that it had given devices to more than two-thirds of its students in the spring, but they have still been waiting for nearly 10,000 devices, mostly for Kindergarten and First Graders, to arrive. Those students who didn't have a device at home for the seven weeks of school that have already passed have had to rely on paper worksheets and packets.

Earlier this month, Superintendent Kriner Cash said the district's goal was to have some students return to the classroom sometime in November. 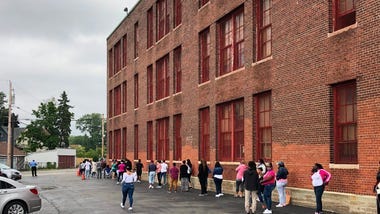 Buffalo Superintendent to present plan for return to buildings October 7