Orchard Park, N.Y. (WBEN) - It was an angry atmosphere inside the Athletes Unleashed gym in Orchard Park Friday night as a group of concerned business owners and citizens were gathering to discuss the current COVID restrictions on certain businesses.

Tim Walton attended the meeting that began at around 7pm Friday and tells WBEN there were more than 100 people attending the meeting inside the gym.

In a press release and blog post, Walton says the Erie County Sheriff's Department and Health Department entered the facility and confronted the gathering, telling them they were in violation of the limit to mass gatherings of no more than ten.

After several minutes of back and forth between those gathered, the health department and sheriff's deputies left the gym and were followed to the parking lot by an angry crowd.

Erie County Health Department spokesperson Kara Kane said in a statement to WBEN Saturday, "We’re gathering information and will have more to say at our press conference on Monday." WBEN has reached out to the Erie County Sheriff's Department and is awaiting a response.

Erie County Executive Mark Poloncarz said on WBEN Saturday morning that he had seen the video and would gather more information on the incident over the weekend. "Our health department is out there enforcing the rules," he said.

Throughout the COVID pandemic, the Erie County Health Department has responded to reported incidents of code violations and those visits are escalating after the orange zone status was placed on most of Erie County earlier this week. The new status orders the shutdown of gyms, hair salons and many other personal services businesses. 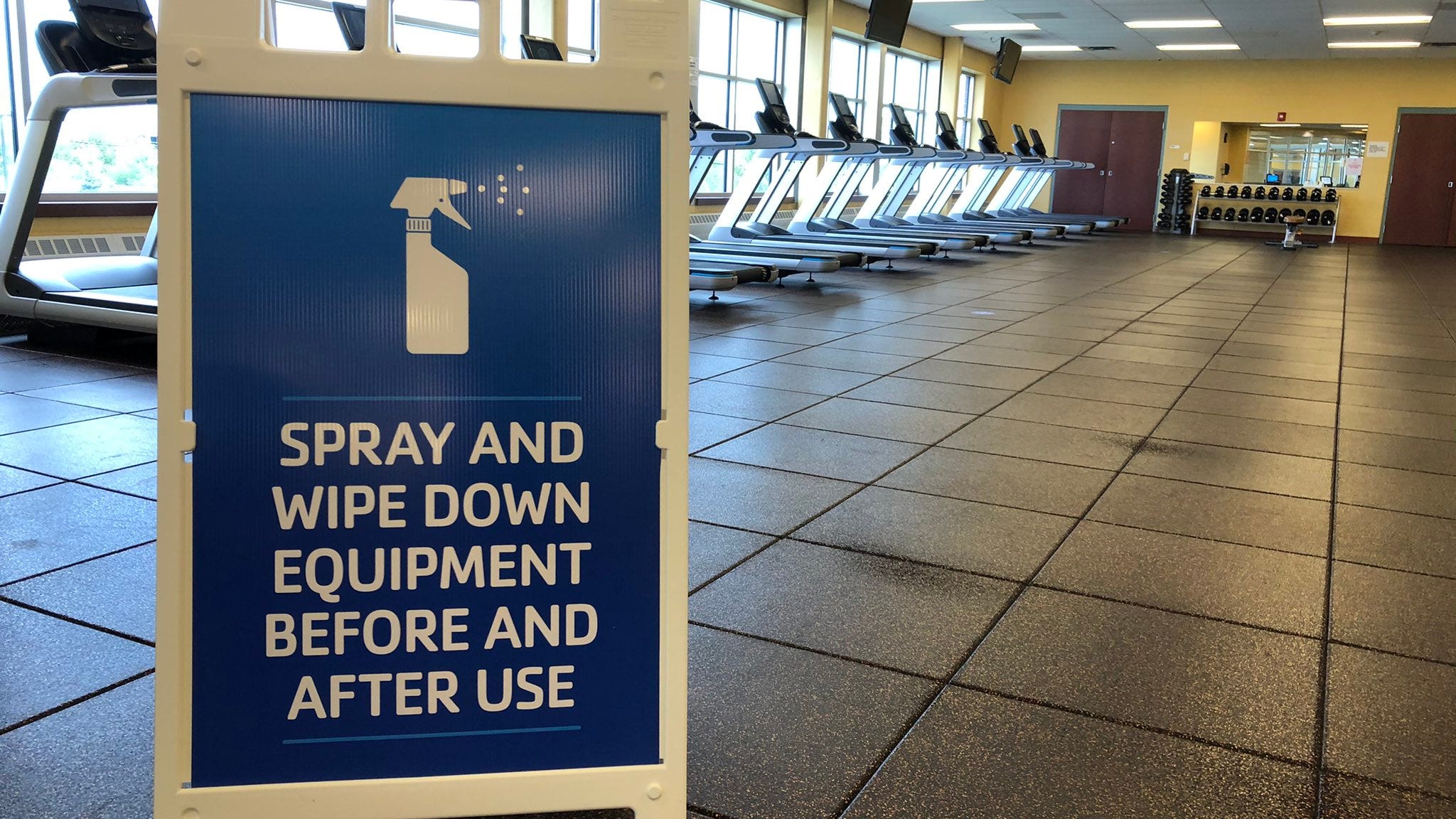