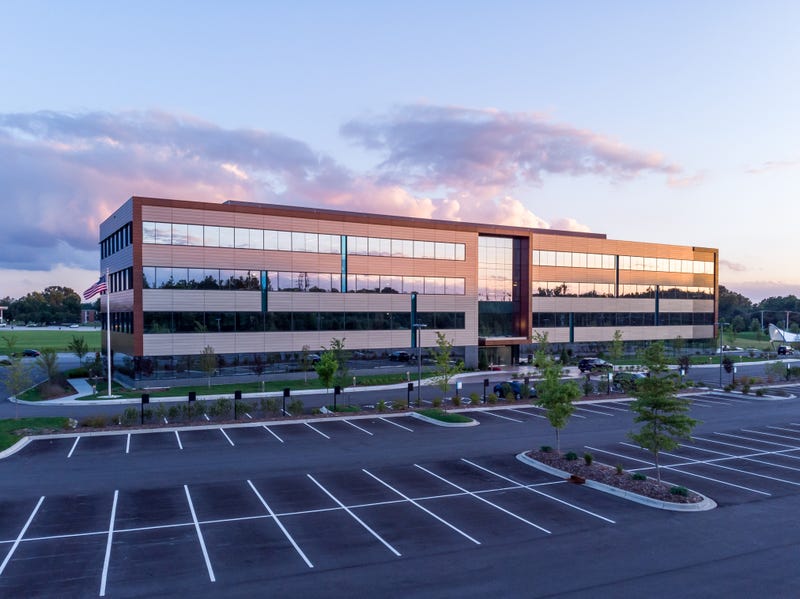 Buffalo, N.Y. (WBEN) - It was confirmed by The Buffalo News on Monday that the newspaper is moving its newsroom and administrative offices from its location on the corner of Washington and Scott Streets in Downtown Buffalo to Larkinville.

This moves comes as The News' owner, Lee Enterprises, is selling the newspaper's home for more than 50 years to Uniland Development Co. based out of Amherst. Meanwhile, The News' printing press building on Scott Street will continue to operate in its current location.

While the plans for the building's future are unknown at this time, The News is reporting that Uniland intends to re-use the structure instead of demolishing it.

This move for The Buffalo News is, perhaps, just another sign of the changing times not just in the region, but also across the country with bigger companies downsizing locations. However, this is not necessarily a direct result of workforces cutting more jobs.

"I think what we're seeing is a shift in how offices operate going forward," said A.J. Baynes, President and CEO of the Amherst Chamber of Commerce. "You have some offices that can have workers work remotely. Some are taking advantage of, what's called, 'hoteling space', where you would reserve a room or an office so that your employees can come in a couple of times a week or a couple times a month."

However, out in Amherst - an area with a number of office parks - the trend that Baynes and the Chamber of Commerce has been starting to see is actually some of the office parks coming back to life.

"They've been back to life for the last couple of months now," Baynes said. "We've seen workers back in the workplace, and with the situation going on with low unemployment, you're looking at different variables and how offices want to be run going forward."

Elsewhere, other commercial real estate agents and others are seeing a problem, when it comes to office space becoming more and more available with less occupants.

"Office space has been sitting at about a 20%-25% vacancy prior to COVID, maybe a little better than that, but now I've got to believe it's closer to 30%-plus," explained commercial real estate expert Jim Knight. "That's not going to change, because a lot of users out there, a lot of tenants out there or owners of buildings are realizing they can skin the cat with either less staff, or staff working from alternative locations. So there's a lot of brick and mortar, a lot of office space out there that is going to be laying fallow."

Knight believes there's only one way of counteracting this without knocking down the buildings, and that's figuring out alternative ways of using the buildings.

"Certainly we're seeing some of that in conversion from office space and Doug Jemal's great project down at [Seneca One Tower] there, and there's other examples - Paladino's been involved with certainly projects, where buildings have been taken from their current use, whether it be manufacturing or office, and they've been converted to apartments and/or condos and that type of thing," he said. "I think that's the only way to counteract this problem in the mid-to-short-term, that's for sure."

So what are some of the plans that are in the works to try and re-imagine and re-use some of the spaces that sit vacant or are going to become vacant? Baynes believes it's the creativity of developers that's going to be what dictates the market.

"When you look at large office parcels, you have big park parcels. You have a lot of footprint that you can work with, especially in the suburban areas. You have parking, you have things that make it attractive to re-invent. You can chop them up into smaller shared workspaces, you can look at potentially maybe adding a residential component to it," Baynes said. "That's where the developers are going to step in and take a look at, 'OK, do we create these live-work life centers - what you're seeing what some of the larger parcels in shopping malls, such as the Eastern Hills Mall, what's potentially being proposed at the Boulevard Mall, what's taking place up at Station 12.' It's just going to be large footprints that are being re-imagined, and in the Town of Amherst or in Downtown Buffalo, when you have shifts and dramatic shifts, like we've seen over the last couple of years, there's going to be a lot of changes, but I think change isn't necessarily a bad thing, either."

While Lee Enterprises was able to sell off The Buffalo News building in Downtown Buffalo, not all businesses or developers are so successful with being able to sell off large commercial spaces to others.

"Unless you have a user who's willing to buy that building for the square footage that it sits in now - usually, you've got investors who are buying buildings like that with tenants in place - well, the tenants are gone, the owners may be gone," Knight said. "So now you've got a building that does not produce income, it is very difficult. Once again, unless you can find another user who's willing to step in there and use that space for their own purposes."

However, with the recent trends in places like Amherst and some other places in Western New York, Baynes is noticing that some people are getting anxious and starting a business, whether they're utilizing old space previously occupied in these commercial spaces, or taking advantage of somebody else's lease that maybe isn't fulfilling their obligation, and setting up in a professional setting.

"Not everybody wants to work from home. There are businesses that, unfortunately, you can't just be at home, you're going to have to be somewhere and you're going to need to have that type of collision and that growth and exchange of ideas," Baynes said. "You're seeing it at the national level with a lot of large businesses such as Goldman Sachs, I think last week just brought back their employees or demanding that their employees come back. We see it with some of the larger industries in our community that are asking, 'Hey, we recognize some of the dangers of COVID, however, we are seeing that it is a manageable situation that we can bring back employees safely,. We are still looking out for the health and safety of our employees, but we want to get our employees back into the office. We want to look for ways that we can continue to creatively work together, so that we can grow our economy.'"