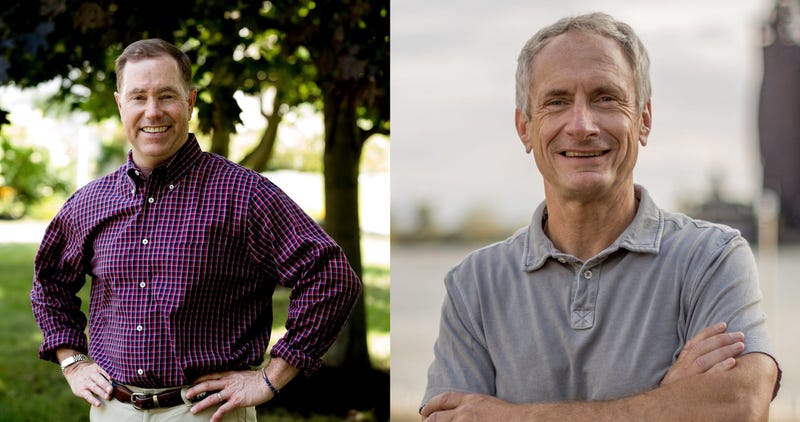 State Senators Sean Ryan (D) and Ed Rath (R) will both address students hosting the debate on a number of different topics to be brought up ahead of Election Day on Tuesday, Nov. 8.

"Debates are great, because it allows you to break through the filter of negative campaigns, fear mongering, disinformation. And debates, you've got to put your facts out there, and I'm looking forward to doing that," said Sen. Ryan ahead of Wednesday's debate.

"Debate gives an opportunity for myself and my opponent to present our ideas. Our ideas on how to fix New York State, and the challenges that are confronting the residents in New York State right now," added Sen. Rath ahead of Wednesday's mediated discussion. "In the debate, I look forward to a respectful discussion before the St. Joe's student body, as well as a spirited discussion, because we have important issues that people are passionate about."

Sen. Ryan has been a regular face in State government for years now after serving nine years in the State Assembly before taking his role in the State Senate from the old 60th district in 2021. He's certainly hoping to continue representing Western New York and making sure the region continues to be well-represented in Albany, especially with the Senate being controlled by the Democrats.

Rath is also hopeful to keep Western New York well-represented in Albany going forward, as he believes those in the State Capitol are often out of touch with the priorities and the values of Western New York.

"What Albany is in touch with, in many ways, is New York City. They control much of the influence with regards to policy, they control much of the influence with regards to the allocation of money. So I've always been a strong advocate for the needs of the communities that I've represented for 13 years in the County Legislature, and now two in the State Senate," Sen. Rath said. "What I'm going to do is continue to fight for what I believe is right for Western New York in policy and resources, as well as, quite honestly, the concerns that all stakeholders have, not just specific corners of Western New York."

"It's a situation that Senator Ryan and I are both thrusted into, and we're both putting our best foot forward," Sen. Rath said. "He and I have a very different set of views, with regards to how New York State should be run, and the priorities and the policy initiatives for New York State. We're both putting our ideas forward. I welcome the opportunity, it's certainly unique, and I look forward to the debate."

"There's two districts in the state that got re-districted together, and in both cases, you've got two incumbents, but only one chair. So it's a game of musical chairs, and we're down to two people in one chair," added Sen. Ryan. "I'm confident the voters are going to return me to the Senate."

In the first few days of the early voting period, many people across the board have been getting out to the polls to cast their votes for a number of different offices at the local and state level. There is also still a large number of people who have yet to vote, but will do so in the coming days. 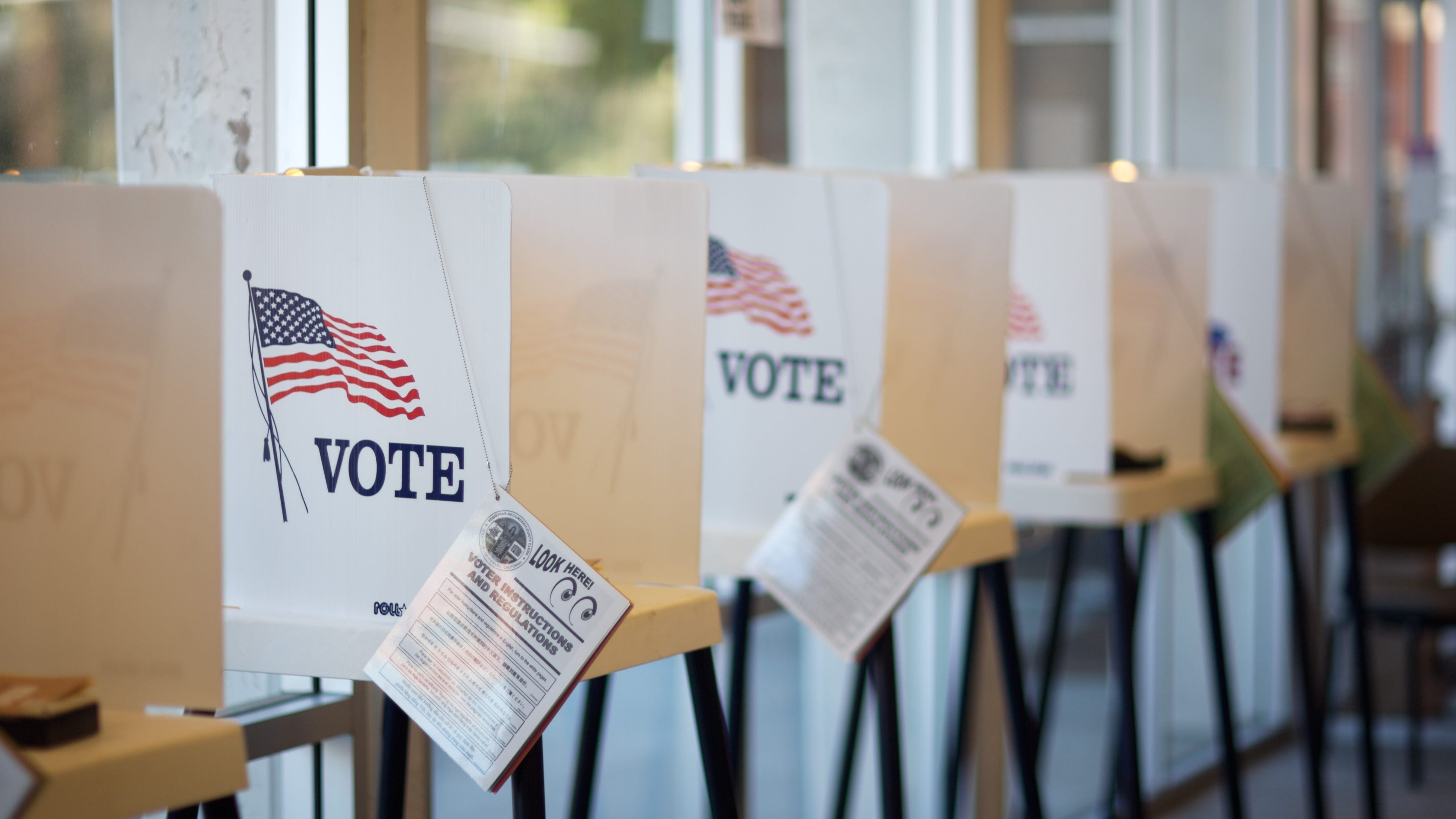 Both Senators are aware of a number of different issues that are sending people to the polls to vote. While the number of issues swinging votes one way or another are all over the place, Sen. Ryan sees a few things, in particular, that are contributing to people casting their votes in Western New York.

"Kathy Hochul is a known quantity in Western New York, whether you know her from working on the Hamburg Town Board or the Clerk's Office. I think a lot of people are going to come out to vote for the hometown person, and they're psyched to have a Governor from Western New York for the first time in well-over a century," he said. "Then on the doors, I'm noticing women are very excited to vote this year. They really feel their rights are being threatened by the extremists in Supreme Court. Nobody really thought that abortion rights in America could just disappear, so I think that's really motivating women to get out and vote this year."

As for Sen. Rath, he's been making the trek of going door-to-door since the end of May to talk with people in order to earn their vote. He, too, has noticed a few different trends that are getting people to their local balloting location this election season.

"No. 1, it's the public safety crisis that we have. Crime is on the top of everyone's minds. It doesn't matter if it's small families that are just getting started or if it's our seniors who are concerned about safety in their communities, crime is No. 1," Sen. Rath said. "No. 2 is affordability. We have gotten rampant runaway inflation, which is nothing other, in many ways, than attacks on the middle class. The costs at the supermarket, at the gas station, and overall energy costs to heat our homes and to cool our homes in the summertime, it's out of control, the affordability crisis. That's what's getting people out to vote. Kitchen table, pocketbook issues, as well as safety issues."

So why do both candidates for State Senate feel people should vote for them this Election Day?

"I think I bring a very balanced approach to running, as well as serving as a State Senator. For 15 years, I've been in elected office representing my hometown of Amherst, as well as all of the communities that I've represented. I know the issues, and I've delivered for Western York. Delivered in a bipartisan, reasonable manner, working with open hands and not closed fists. I've also been in the private sector for 30 years, working for numerous private sector businesses, and I now own my own small business. So I understand what business challenges are, as well. So I get it. I'm going to continue to fight and advocate for what I believe is right for Western New York, and we need to have a balance and a reasonable Senator working with everyone across the aisle, as well as across all of our communities."

As both Sen. Ryan and Sen. Rath gear up for their debate on Wednesday, political strategist Jack O'Donnell sees this race as important for not only the right to represent Western New York in Albany, but also for control in the State Senate.

"Right now, Democrats have a supermajority that is a two-thirds majority, which gives them some leverage with the Governor because they could override vetoes," explained O'Donnell. "Nobody really expects Republicans to take the majority, but they're fighting really hard to pick up some seats and that supermajority in Albany."

With less than a week now remaining until Election Day, O'Donnell sees Sen. Ryan holding the advantage in this race for State Senate, especially with the enrollment favoring Ryan.

"The Democratic numbers in the district, the vote for Biden two years ago definitely put Senator Ryan in the pole position, though we've seen Senator Rath running an energetic campaign," O'Donnell said. "I understand he's been doing a lot of door-to-door and talking to voters, as well as he's gotten a lot of resources that have come in to support his campaign."

As the days continue to dwindle before Election Day, O'Donnell sees the race between Sen. Ryan and Sen. Rath continuing to tighten up, especially when candidates have the resources to talk about who they are and what they stand for. It's similar to what we're starting to see with the race for Governor in New York between Gov. Kathy Hochul and Rep. Lee Zeldin.

As for what he sees with regards to people getting out to the polls and voting this election season, O'Donnell says it still remains to be seen about who actually turns out.

"We've certainly seen a lot of polling and anecdotal evidence around issues around crime and the economy, and hearing from a number of voters who react to that," he said. "In this race, specifically, Sen. Rath has put a lot of resources behind accusing his opponent, Sen. Ryan, of letting people out of jail and being responsible for some of the rise in crime, as well as trying to tag him as a socialist. We'll see if some of those issues motivate Republicans, or Republican-leaning Independents to get to the polls, where, Sen. Ryan has really doubled down on some of his accomplishments and what those mean for working families in Buffalo, Western New York. The final vertical will come real soon."

Hear more of our conversations with O'Donnell available in the player below: