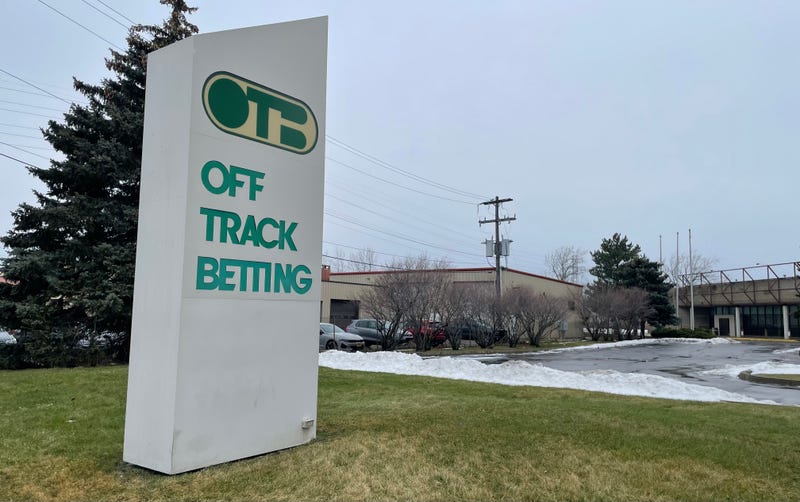 "We are moving forward with legislation, and I'm introducing three bills, that's going to hold the OTB accountable, and make for accountability, transparency and ensure responsible use of what it is that is put before the board on a daily, weekly and monthly basis throughout the years," said Senator Kennedy outside the Western Regional OTB site on Clinton Street in Cheektowaga on Thursday.

The Senate bills were drafted in response to an audit from the New York State Comptroller’s office back in September, which found that Western Regional OTB spent $121,000 on tickets to sporting events, concerts, food and alcohol for board members, employees and other individuals without the oversight required by the New York State Gaming Commission’s regulations and guidelines.

"This is absolutely unacceptable," said Senator Kennedy. "The unfortunate part of this was that this was not the first time that the state corporation has seen allegations of impropriety or misuse by the OTB. For years, there's been a pattern of misuse, abuse and dysfunction, and today we're here to change that."

The audit done by Comptroller Thomas P. DiNapoli and his office took place between September of 2017 and December of 2019.

The bills introduced by Kennedy would do the following:

1.) Revise the structure of the board based on population

- As OTB profits are distributed by population, this bill would require that the membership of the board of directors be based on population.

2.) Cap the allowance of promotional items for certain members of the corporation

- This legislation would make the gift rules governing OTB associates consistent with the Public Officers Law, Legislative Law, and Executive Law, where state employees may not receive a gift of any kind valued at an amount greater than $15.

3.) Prohibit OTB corporation vehicles from being used as take-home vehicles

"These are common sense reforms, these reforms are long overdue, it's going to create responsible government, good government, and it's going to ensure accountability and transparency that the public is demanding at the OTB particularly here in Western New York," Senator Kennedy said.

All three pieces of legislation have been presented to state Comptroller Napoli, according to Senator Kennedy, and he is supportive of it after his audit has found that the OTB has been functioning in a way that has not been accountable to the public trust.

Senator Kennedy is also confident that his colleagues in government feel the same way about the legislation presented, and swift action will be taken to restructure the OTB going forward.