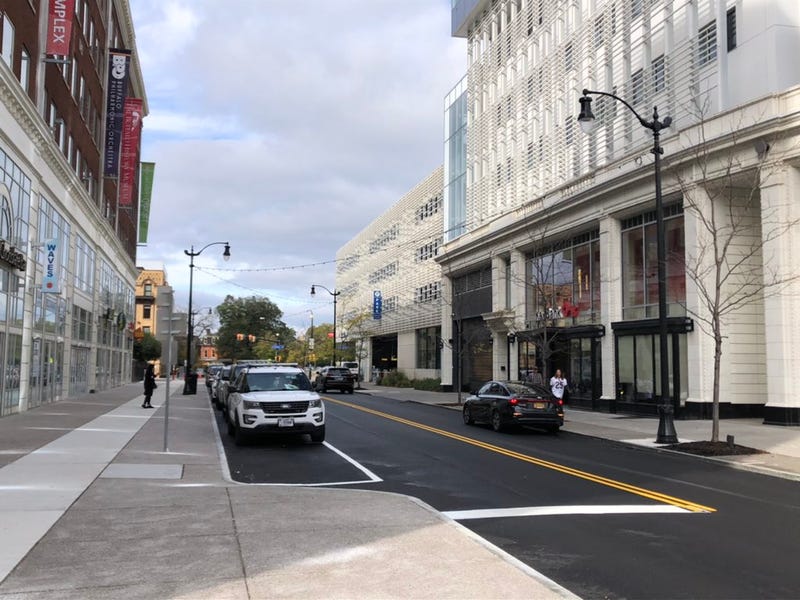 Buffalo, N.Y. (WBEN) - $2.5 million in improvements to the Chippewa Street corridor are complete.

The improvements are part of a larger citywide $8 million improvement program and include expanded sidewalks and unique catenary lighting, allow businesses to accommodate increased outdoor activity along the downtown hotspot.

The extensive work along Chippewa began in April and was designed to make the strip more attractive and user friendly.

"Doing any major improvement like this is always something that is somewhat disruptive," said Buffalo Department of Public Works Commissioner Michael Finn. "We expedited the work so that we could get done and turn it back to normal business operations."

With the completion, Chippewa has also been reopened to full two-way vehicular traffic, as well as full sidewalk access.

Similar improvements are on-going on Franklin Street and work on Court streets will start in spring 2022, along with tree plantings along Chippewa.

“As we’ve seen over the past several weeks with the Buffalo Bills Block Parties, people are excited to gather here in downtown Buffalo and are already enjoying the upgrades,” stated Buffalo Mayor Byron Brown.

The next two Bills Block Parties are scheduled for away games on Sunday, Nov 14 vs. New York Jets and Sunday, Dec 26 vs. New England. Additional block parties will be added for away games during the play-offs.