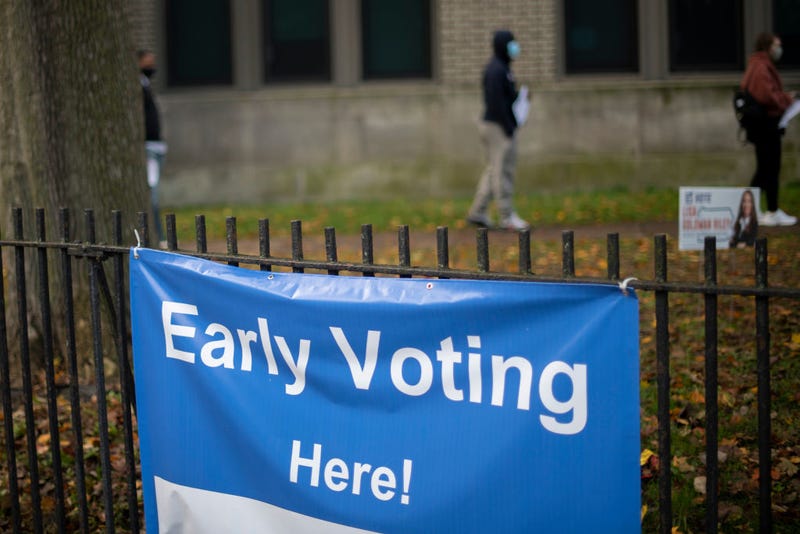 State election officials said over 710,000 New Yorkers have voted at in-person polling stations Saturday through Monday, including tens of thousands in Erie County.

Erie County Board of Elections officials report 21,142 ballots were cast on the fourth day of early voting for the Tuesday, Nov. 3, 2020 general election. Since early voting began Saturday, 70,017 ballots have been cast in Erie County, compared to 26,514 during the entire nine days of early voting in the 2019. The four-day combined early voting total constitutes 11% of Erie County’s nearly 630,000 registered voters. 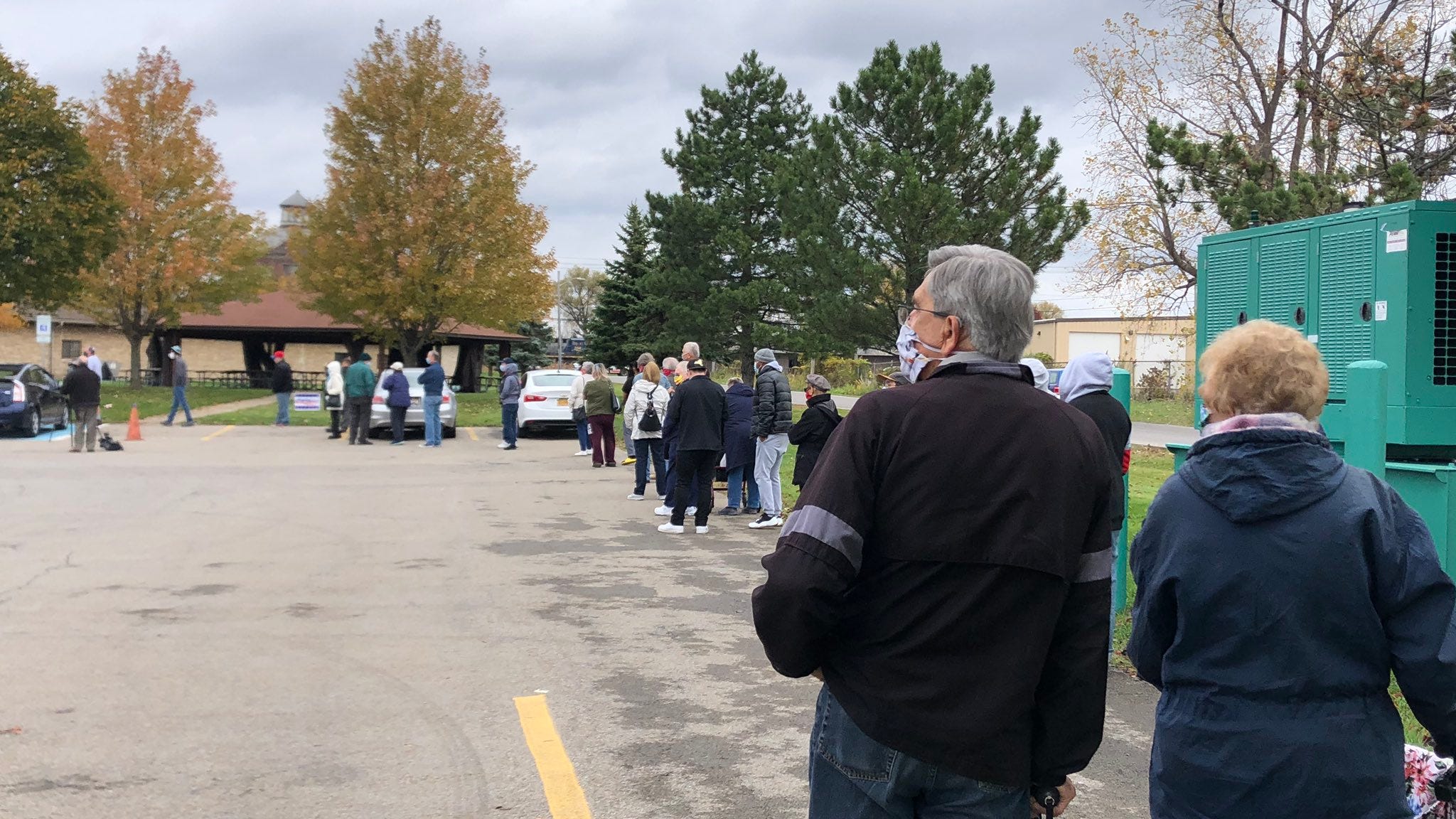 Among the people braving another day of long lines for early voting was New York City Mayor Bill de Blasio. The Democrat joined the end of a half-mile-long queue at his Brooklyn polling location in the early afternoon and then waited 3 1/2 hours to cast his ballot.

“I'm a little tired like everyone else, but it's important. Nothing more important than voting this year," he told reporters after emerging.

For voters who would rather not cast their ballot in person, Tuesday was the last day to apply for an absentee ballot online, by email, by fax or mail.

New York is the largest of over two dozen states, including Pennsylvania, Illinois, and Ohio, where voters can request an absentee ballot as late as seven days before the election.

Reports of long waits at early voting sites have led to criticism that there are too few voting locations. There are 280 early polling sites statewide, including 88 in New York City.

In 35 counties, there is only one early voting site.