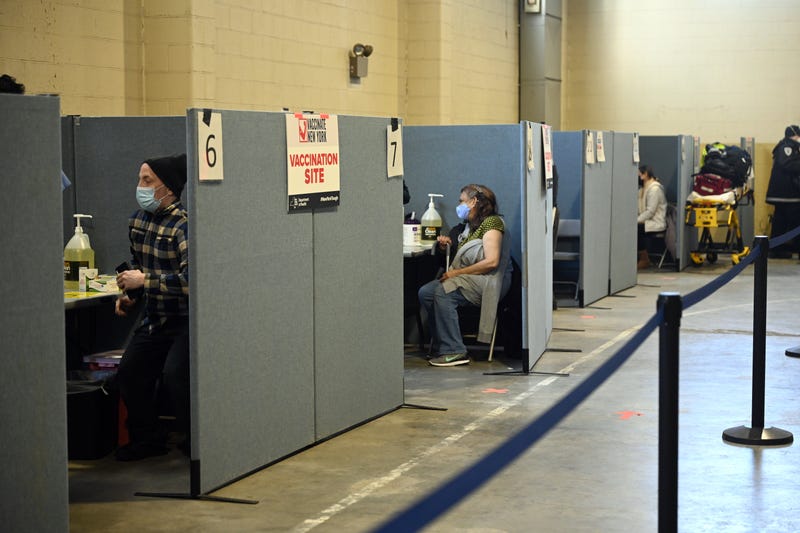 Westchester County residents are observed for side effects at least 15 minutes after receiving the Covid-19 vaccine at the New York National Guard Armory in Yonkers Wednesday March 3, 2021. Photo credit Kevin P. Coughlin / Office of the Governor via Sipa USA

96% of first doses allocated to NYS health care distribution sites have been administered as of 11am today.

“With more than 3.5 million New Yorkers having now received at least one shot of the vaccine, our team is on the ground working with local leaders to make the vaccine accessible to all New Yorkers so we can get even more shots into people's arms,” Cuomo said in a statement.

The number of patients in intensive care also declined by 18 to 1,012, while the number of intubated patients fell by 6 to 694.

Total COVID hospitalizations are at 4,954.

Sadly, there were 78 fatalities. pic.twitter.com/mpa6ZegcGL

The state reported another 7,647 positive cases on Friday out of 273,132 tests reported, Cuomo said.

The state reported another 78 deaths, bringing the pandemic death toll to 38,970, according to state data.