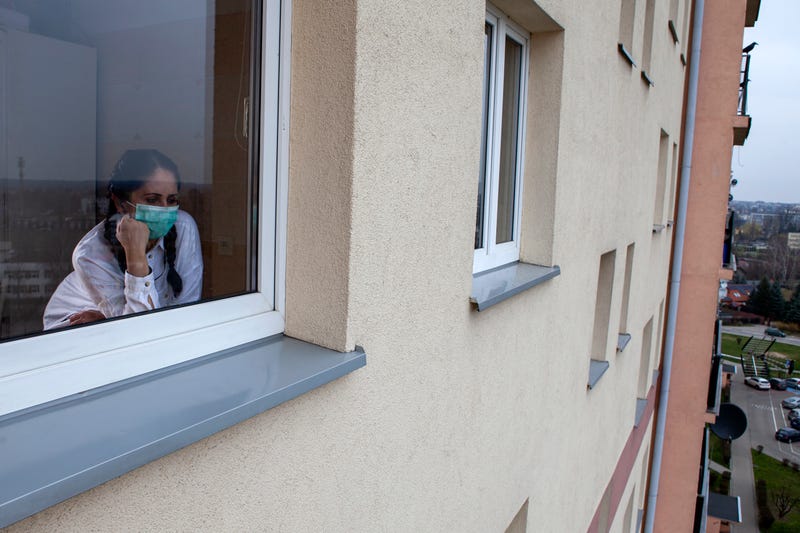 As we have entered into a year of the COVID-19 pandemic, people of all ages have reported facing new or worsening mental health statuses since the World Health Organization declared a global pandemic on March 11, 2020.

For many children and teens, the restrictions brought on by isolation have taken a drastic toll on this demographics’ mental health. The C.S. Mott Children’s Hospital at the University of Michigan Medical school surveyed 977 parents with kids ages 13 to 18 to analyze conditions like anxiety, depression, and aggressive behavior under the tight social constraints of the pandemic. The poll looked at how parents were helping their children cope.

The poll’s co-director, Dr. Gary Freed, said that oppressive lockdown measures have been difficult for teens at home who are “at the age they were primed to seek independence from their families."

Medical professionals are examining where we’ve all come throughout a year of being cut off from normalcy, while also facing vast amounts of loss, uncertainty, and fragility. Medical News Today reported that a survey from March 2020 found that 38% of people felt a lack of energy, 36% were having sleep disturbances and 25% were feeling depressed or hopeless.

However, after a year of COVID-19 dominating every choice we make Medical News Today reached out to readers to report how they are feeling now. As we are seeing a light at the end of the tunnel with the arrival of vaccines many are reflecting on their experiences with “post-traumatic growth.”

While people’s mental health has not necessarily gotten better, the pandemic has taught many to become acutely aware of their mental health conditions and has left space for people to evaluate their needs.

One reader told MNT, “I feel I’ve become stronger mentally but have had to overcome stress and loneliness in a way I never would have imagined. I feel stronger, but certainly more weary! I’d say my mental state is worse overall.”

In December 2020, the U.S. Census Bureau found that 42% of people in America reported symptoms of anxiety or depression that month. In 2019 the census only recorded 11% of people reporting these symptoms.

Worldwide, the rate at which people report mental health symptoms has gone up since we’ve entered the pandemic, with younger adults and teens being affected more severely in comparison to older adults.

If there has been one key takeaway from the pandemic, it’s that being aware of your mental health status isn’t just important, it’s also okay to not feel okay. Many people around the world are facing similar collective mental health struggles. Asking for help is the best step one can take.