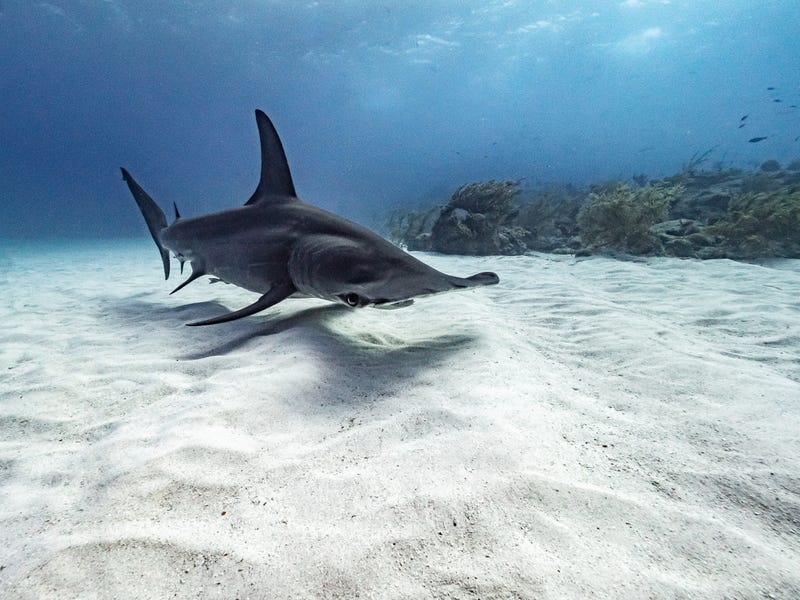 Cries of excitement, or maybe terror, were let out when Florida beachgoers were surprised by a group of hammerhead sharks making their way to shallow water over Memorial Day weekend in Pensacola.

Beachgoers in Pensacola, Florida, got quite the startle when they spotted hammerhead sharks swimming between docked boats. https://t.co/cmm46ebTp8 pic.twitter.com/iBzXqkEFSf

Jacqueline Lesso of Alabama captured a video of the incident. Lesso was on a boat with friends when the sharks made their way up to the shore; she counted multiple sharks while recording, according to Fox News 13.

A woman can be heard in Lesso’s video yelling, “They’re coming in!”

The sharks were not aggressive to any beachgoers; they even swam underneath two people sitting on a floating tube next to Lesso’s boat. Some of the watchers standing in the water got close enough to touch the sharks but did not appear to.

Another video was captured by Amanda Chandler and shared on social media showing the shoreline giving perspective on how shallow the sharks swam.

DON'T GET IN THE WATER! This video from Amanda Chandler shows hammerhead sharks in #Pensacola, #Florida on May 29th! Have you ever seen them like this along Florida's coast? pic.twitter.com/hd3OZpTHxI

"None of the sharks were aggressive in any way, and the screaming was more of excitement than hysteria," Lesso told Fox 13 News. "A lesson learned to keep your cool and stay calm."