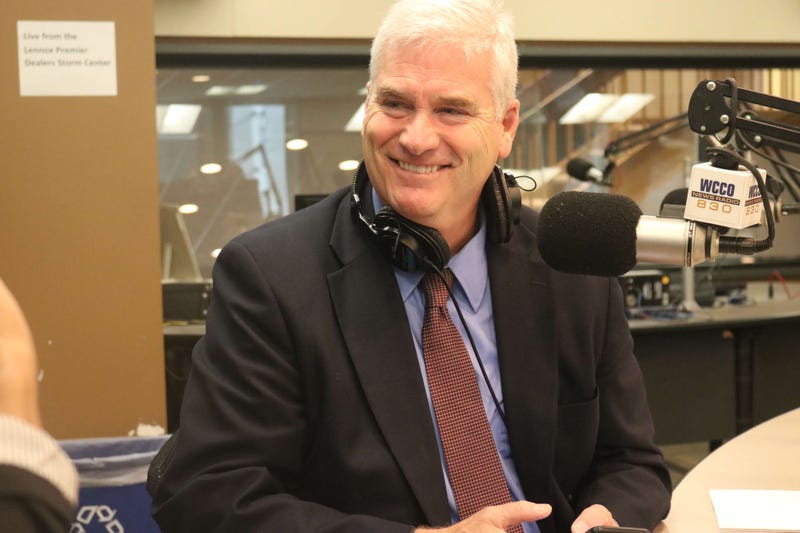 Minnesota Republican Congressman Tom Emmer is taking some heat today after revealing to WCCO's Chad Hartman he was not aware that President Trump said he wants Ukraine and China to investigate political rival Joe Biden and his son.

In an interview Friday afternoon with Chad, Emmer was asked about the President's comments Thursday afternoon outside the White House. Trump said, "“China should start an investigation into the Bidens. It’s certainly something we could start thinking about.”  All of this on the heels of the House launching an impeachment inquiry regarding similar statements the president made in a phone call with the president of Ukraine this summer.

President Trump, on the South Lawn of the White House, called for China and Ukraine to investigate the Bidens — even as he's facing an impeachment inquiry for a similar request https://t.co/WozgIkECJw pic.twitter.com/k7gvaDqut7

The exchange between the congressman and Chad went like this:

Chad- "This was the president of the United States wanting two countries, at minimum, to investigate Joe Biden.  When you heard that, when you found out about that, what was your reaction?"Emmer: "In fact, I'm hearing about it for the first time right now.  Was that in the afternoon yesterday?"Chad- "That was in the afternoon yesterday, where the president himself, I can even give you a lot of quotes here, where he flat-out asked China, and Ukraine to investigate Joe Biden."Emmer- "The question I'm asking, and I apologize, I was on a plane yesterday afternoon, and then flights got delayed.  All that stuff.  And I was up early this morning, up in St. Cloud doing a bunch of stuff. So I haven't had at chance to look at this.  The question I have for you, because I don't know the thing in detail.  The question I have, is someone alleging that this is some type of legal violation?"

Chad pressed further looking for an answer to whether or not the congressman has an issue with the president asking a foreign country to investigate his political rival.  At that time, Emmer questioned the legality of what Hunter Biden did in Ukraine, and questioned the impeachment inquiry."When it comes to different elected officials and how they say these things, I'm just very skeptical right now," said Emmer.  "And the criticism of the president , and you don't have to like his style, you don't have to like his approach. But the criticism has evolved and crystallized into more of hatred.  We're going to make allegations, we're going to call out different things, and suggest that they qualify as the basis for some kind of impeachment hearing, without having some legal basis for it.

Emmer added, "I'm a little reluctant to go into judging the actual words.  But the idea that we should be investigating what Joe Biden, and more importantly Hunter Biden with his father's help did with the office of the United States?  I'm very interested to find out how that was used."

Congressman Emmer also told Chad that Minnesotans have "more pressing concerns then the possible impeachment inquiry into President Trump's actions". Emmer says Democrats are filled with so much hatred for the President they continue to try to push him out of office based on baseless reports and innuendo.

Be the first to know about prizes, contests, giveaways and interviews + analysis exclusive to News Talk 830 WCCO.