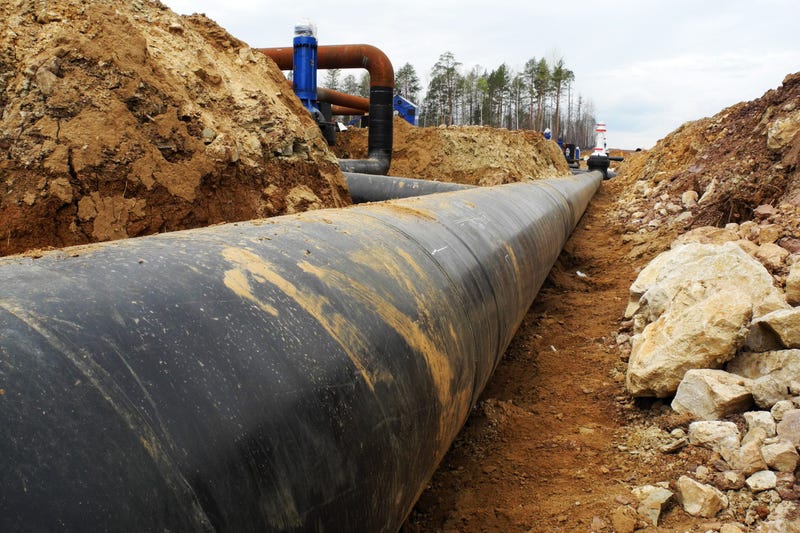 The Trump administration on Thursday proposed greatly narrowing the use of one of the country''s landmark environmental laws, calling for changes that could allow projects ranging from oil pipelines to mines to move forward with far less federal review of their impact on the environment.

President Donald Trump was set to present a proposed overhaul of the half-century old National Environmental Policy Act. That law changed environmental oversight in the United States by requiring federal agencies to consider the impact of major projects on the land and on wildlife.  Those requirements are invoked when airports, buildings, military complexes, highways, parkland purchases, and other federal activities are proposed, according to the EPA.

"These endless delays waste money, keep projects from breaking ground, and deny jobs to our nation's incredible workers," the president said, announcing the proposed rule change from the Roosevelt Room.

The president said they're still going to have very "strong" regulation, but do it "quickly." Projects will soon take about two years, instead of as many as 10 or 20 years, as the environmental impact process would have a two-year limit.

Key among the changes proposed is one that would newly limit the requirement for federal environmental review to projects that have major federal funding. The change would mean a range of predominantly privately funded and managed projects would not have to assess the environmental impact of their work and brief the public on them.

Anne Bradbury, head of an independent oil and gas producers trade group, said among the proposed changes are ones that will speed up permitting of oil projects, including pipelines, on federal lands. The Trump administration has pushed hard for pipeline building to move ahead despite local challenges, along with calling for shortening the time and length of environmental reviews for projects.

Proponents of the change feel it is necessary to modernize outdated regulations, and speed up infrastructure improvements.

Democratic lawmakers and environmental groups say the changes would exempt polluters from public scrutiny of their projects.

In Minnesota, there has been years' worth of setbacks and controversy around the proposed Enbridge Line 3 pipeline replacement.  Back in June, there was another setback as an appeals court reversed a decision by Minnesota utility regulators who approved the environmental impact statement for Enbridge Energy's Line 3 pipeline.

Environmental and tribal groups have brought up their concerns on how the Line 3 replacement would affect the state's watershed.  They argued in court that the environmental impact statement was inadequiate because it failed to address a spill in the Lake Superior watershed, which Line 3 would cross.

One of the key points in these rollbacks is to make it easier for federal agencies to improve infrastructure without considering climate change.  Environmentalists decry these changes, saying the rules would endanger wildlife and lead to more carbon dioxide emissions.

Since taking office, the president has rolled back several environmental regulations put in place to curb greenhouse emissions and protect habitats, including most recently, loosening controls on methane emissions.

(The Associated Press contributed to this story)