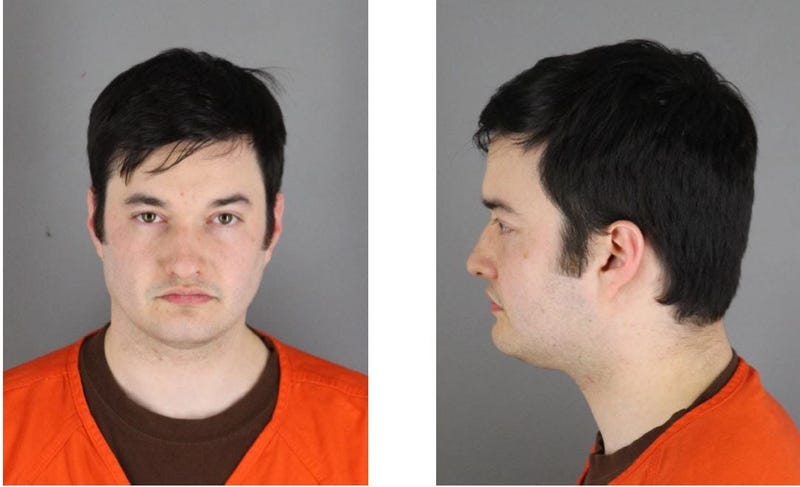 The man who fired multiple shots at a school bus driver after a fender-bender in a snowstorm is sentenced to more than seven years behind bars.

Kenneth Lilly, 32, of St. Paul, pleaded guilty to first-degree assault and could have faced up to eight years.

Thomas Benson, who was 78 at the time, suffered nerve damage in his hand and lost hearing in one ear in the shooting on 35W south of downtown back in February.

A girl inside the bus at the time was unharmed.

"The psychological effects are just as bad," Benson said in his vicim impact statement in court Friday. "The longest moments of my life are when I was calling the child’s name to see if she was okay and there was no answer. Two additional bullets had been fired and I couldn’t get up due to shock and pain, to check on her. My daughters and grandchildren suffered emotionally from this as well, and want to send the message to Mr. Lilly that they hope he understands his actions caused a whole family a lot of anxiety, tears, and pain.

"Mr. Lilly is lucky he is not being sentenced for homicide instead of assault," he later said. Benson was not able to return to work as a bus driver because he cannot grip the steering wheel due to his injuries.

According to the criminal complaint, MnDOT cameras showed Lilly, who in 2015 was found "legally justified" for fatally shooting a 16-year-old during a robbery attempt in St. Paul, getting out of his car and walking toward the small school bus that had scraped the car's rear bumper. Prosecutors said Benson did not know that occurred.

Lilly originally argued self-defense, claiming the bus moved forward toward him before he opened fire.