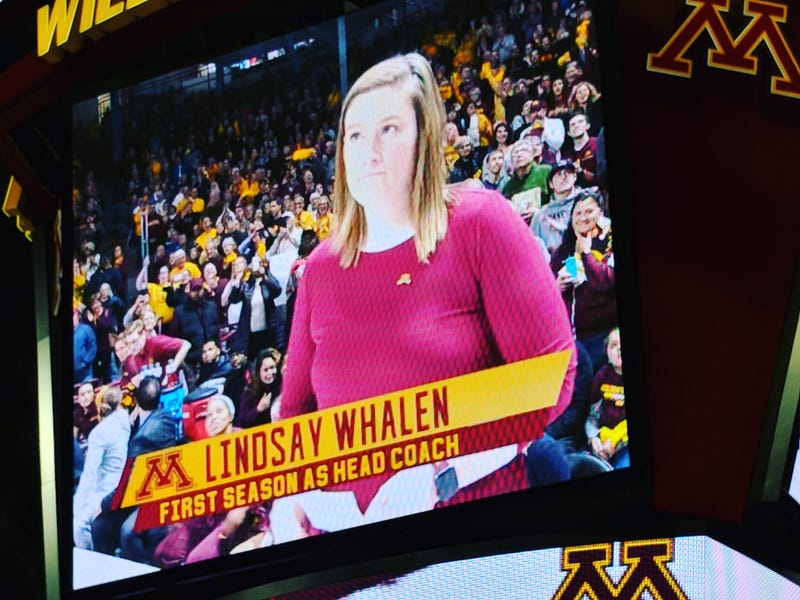 In terms of opportunities for women as head coaches in women’s sports, there’s encouraging news, but still challenges.

The University of Minnesota’s Tucker Center for Research on Girls & Women in Sport released its 9th annual Women in Coaching Report Card this week. The report gives A through F grades based on the percentage of women head coaches of women’s teams. Eighteen of 352 Division I universities received an A with up to 85 percent of women’s sports teams coached by women. The U of M received a “high B-plus” at over 64 percent and leads the Big Ten.

“So many girls and women go through their sporting careers without a single female coaching role model,” she said. “And we know that same sex and same identity role models models matter because of emulation, it provides proof of a viable career pathway, it gives them confidence and they can relate to the experiences of being a female in society today.”

When Title IX was passed in 1972, outlawing gender-based discrimination, 90 percent of women’s sports head coaches were women. Today it’s about 42 percent across all sports in Division I, according to the Tucker Center’s research. Though it’s continued to increase the past nine years, it’s been extremely slow progress. The difference from the 2018-19 school year to 2019-2020 was a growth of .2 percent.

The contributing factors to the drop-off decades since, the below-50 percent total and slow growth are complicated.

“The choices of women to the family systems that are very gendered puts a lot of the home and domestic labor on women that make it difficult for them to coach,” LaVoi said, “to community- and organizational-level barriers of gender bias and sexism and organizational structure of leadership and societal stereotypes about women and leadership positions that have a lot to do with gender bias.”

“As the position becomes more lucrative, powerful and visible -- so as we go from grad assistant, to assistant coach to associate coach to head coach -- we find fewer women in those positions,” she said. “That tells us that sport is a very gendered occupational landscape that privileges men, so in order to make change it has to start at the top and it has to be systemic.”

It’s something of a double-edged sword. As women’s college sports, basketball in particular, become more popular, attracts more national television coverage and recognizable names, the coaches are also more visible and more highly paid with success (University of Connecticut women’s basketball head coach Geno Auriemma is one of the highest-paid public employees in the state). That attracts men to the coaching ranks for women’s sports, giving them a dual path in the career since women don't currently have a strong foothold coaching men.

LaVoi said through her years with the study, the same colleges typically stay at the top with As and Bs, and others tend to stay at the bottom.

“Get into coaching at a school or institution or sport or department that values and supports you, and the report card is one marker of that that you can use to suss out whether it’s a good fit for you,” she said.

“Diversity begets diversity so the more women that we have in these departments it’s more likely a friendly occupational culture for them."