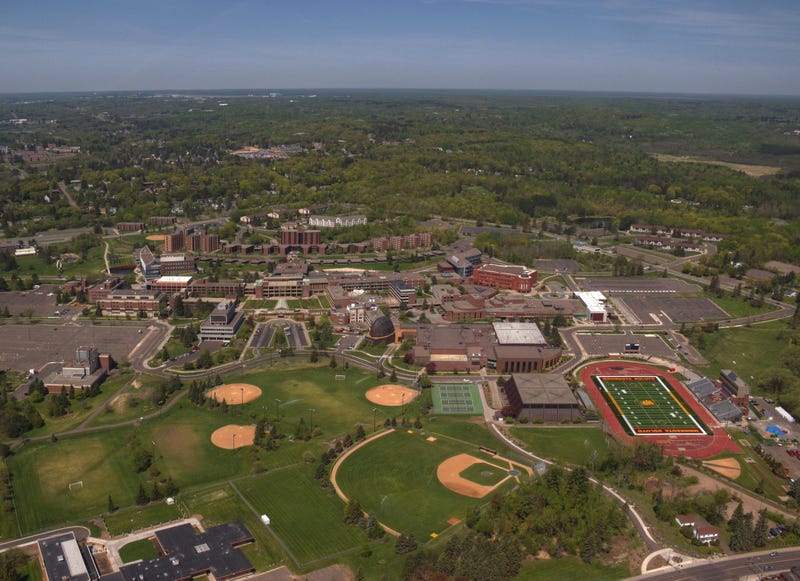 Minnesota universities and colleges Tuesday detailed their plans to reopen with at least some students on campus, providing a refresher about the importance of quarantine and compliance, as well as the complications presented in higher education.

University of Minnesota President Joan Gabel announced a four-phase plan for the Twin Cities, Rochester and Duluth campuses starting with what she called a “dorm version of a stay-at-home order” lasting from move-in day September 15 to September 25.

“We’re striking the balance between something that feels imprisoning -- we don’t want that,” Gables said. “We want students to be able to enjoy campus life. We want them to have a reason to come on to campus, but in a way that also allows us to incentivize avoiding the most known ways that transmission occurs.”

Testifying in the Minnesota senate committee on higher education, Gabel says students will be able to attend classes, go to the dining hall and work, but otherwise be confined to their dorm room or university apartment. If it goes well, it could go into “phase 2” sooner, which includes a 9 p.m. curfew for two weeks, then a midnight curfew for two weeks after that. Phase 4 would expand without a curfew focused on safety guidelines.

“We are very optimistic that by using this process we can see our way through to Thanksgiving which from the origins of our fall plan has been the moment we would pivot everything back to online and students could return home.”

RELATED: Back to School Series, Part 2: Higher education officials grapple with how to safely return

Dr. Deepi Goyal, the Mayo Clinic regional chair of the clinical practice for southeast Minnesota and an emergency physician, contracted COVID-19 in July from his daughter, but started isolating as a household before symptoms set in. He’s encouraging folks to have plans in place in case a household member does test positive like for groceries because quarantine works in limiting exposures to the community.

The message resonates in back-to-school conversations because whether it’s businesses or colleges, returning to some semblance of normalcy comes down to adhering safety guidelines: mask usage, hand hygiene and physically distancing. Even the most thoughtful plans require execution and adherence.

“I think it’s challenging in colleges with 18-, 19-, 20-year-old kids and their 20-year-old brains to really be able to adhere to those recommendations,” he said. “It is possible. Reading stories about what’s happening on college campuses, I think it’s going to be a challenge realistically.”

Meanwhile, Minnesota State Chancellor Devinder Malhotra told the committee system-wide enrollment is down 6 percent. In the fall, about 30 percent of classes will be in person, 40 percent remote and the other 30 percent a hybrid.

Augsburg University President Paul Pribbenow in his testimony reported enrollment at private Minnesota universities is down 1 to 2 percent on average, and around 800 students are on campus.