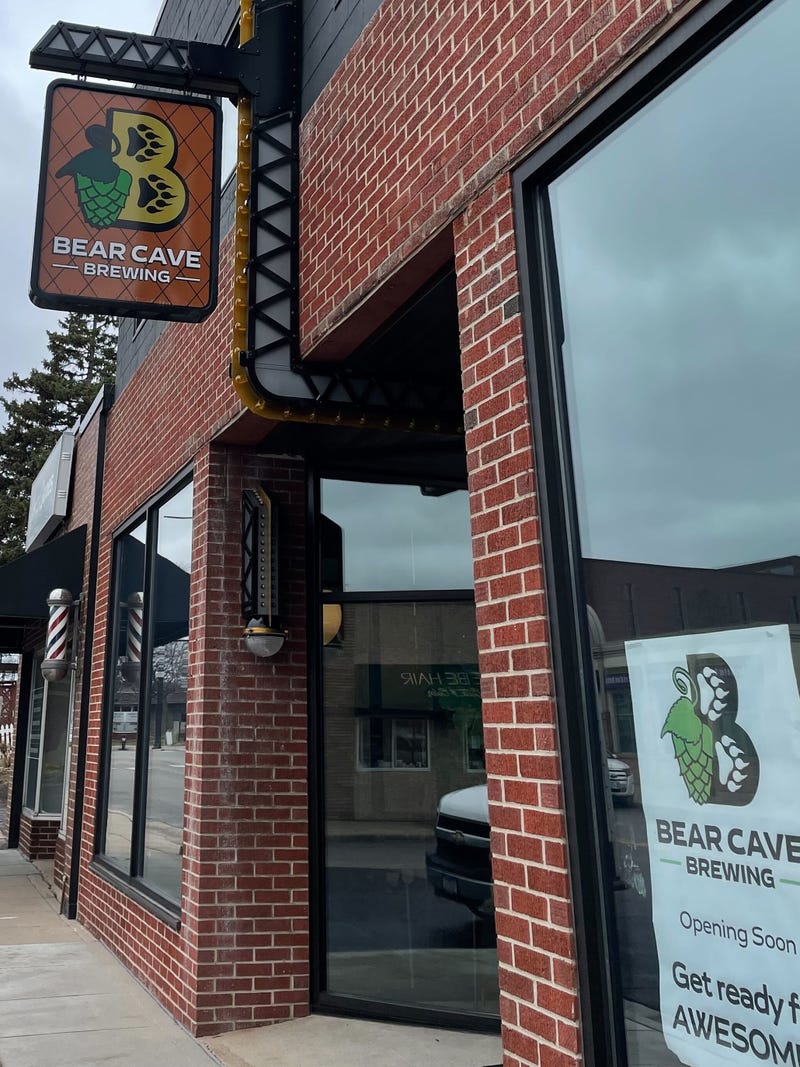 After months of anticipation, Bear Cave Brewing, a self-service brewpub on Mainstreet in downtown Hopkins, is set to make open its doors to the public on Wednesday, May 4.

Housed in the former Firestone Auto Center building, Bear Cave Brewing combines a self-pouring beer system with a self-ordering food system, making it one of the more unique customer experiences across the Twin Cities.

"I think we're a one-of-a-kind in the world because we are making our own beer on a self-service system and we are doing the menu on a full self-service system too," said Bear Cave Brewing General Manager, Dan Murray. "As far as I've been able to discover, nobody is doing this. It's a really unique project in that way."

Bear Cave Brewing is the result of a 2019 trip to California that owner and founder Jillian Link took with her late husband, Nathan Bergeland.

"We stumbled into a place that served beer and pizza, and it was all self-serve. We didn't have any experience with that, and after we left the place, we thought it was a place that needed to be in Minnesota. The wheels started turning," Link said.

Upon returning to Minnesota, Link and Bergeland set out to find a place where they could open a self-serve brewpub of their own. After an original attempt to put their business in Chanhassen, the pair found the old Firestone building at 1201 Mainstreet in Hopkins.

"When we first walked in, it was in shambles. It was a horrible mess," Link said. "It was literally raining through the roof."

They purchased the building two weeks later in November 2019 and began turning their dreams into reality.

"It all started with home brewing," added Link. "Nate was a home brewer. He loved the idea of craft beers. We never really planned to have a brewpub, but it just sort of found us."

The building underwent major renovations, including a full year of demolition inside the building. However, Link says that tearing the building down and rebuilding was never in their plans.

"The one thing we loved is that Hopkins is a historic town and this is an important main street," she said. "We're really proud to be part of that. When we saw the building we had the choice of demolishing and starting over. We wanted to restore it and have it as a place that Hopkins could be proud of."

The name 'Bear Cave' came during a family brainstorming session. Jillian's says her son's nickname is bear, and, the name also pays homage to a bear that Bergeland bagged while hunting in Canada.

"That bear was being prepared for a new home and I didn't want it in my house," Link said. "We thought this might be kind of fun to have it someplace where other people could experience it and give it some life. We messed around with a lot of different names and Bear Cave stuck." 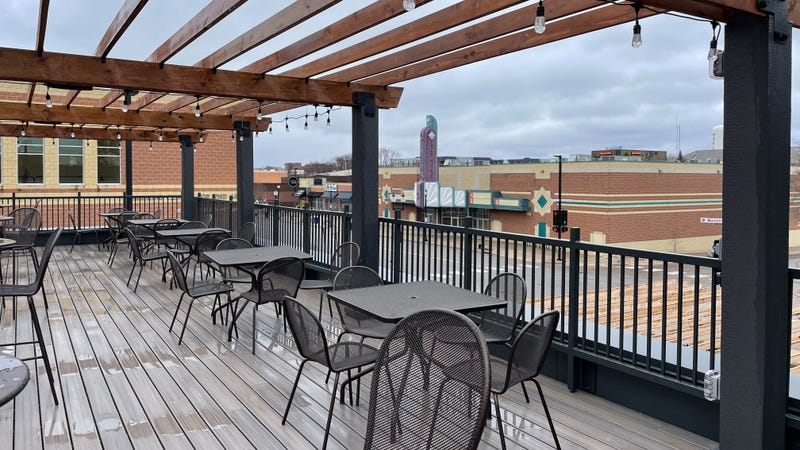 Customers will pour their own beer using wrist-band activated beer taps on one of Bear Cave's several beer walls. Head brewer Charles Chapman plans to have 14 beers ready to go in time for the grand opening.

"A lot of hazy IPAs, but a lot of classic styles as well," Chapman said. "We'll always have a lot of lagers on tap and we have a Belgian triple that seems to be a fan favorite around here."

Chapman, who got his start delivering beer for Bauhaus Brew Labs in Minneapolis, was an assistant brewer and eventual lead brewer at Sisyphus Brewing. He later went on to help open Falling Knife Brewing Company.

"I was here when the tanks came in," he said. "It's really great, freeing, and it's very fun. It's also a ton of work trying to figure out what Hopkins want to drink."

"It is our responsibility to and our absolute pleasure to move forward with the project and have this building be something he'd really be proud of, along with the beers," Link said.

As for food, the menu featuring pizza and a number of other items was put together by Executive Chef, Marc Paavola.

"It unfolded in kind of a natural way," Paavola said. "I started by plugging in the basic pizzas like sausage and pepperoni, then just saw where I went with it. Thinking about local produce, local buying programs, and seasonality of food. We're just coming out of winter, but with spring coming around, we'll have a lot more to work with.

Link says her husband was someone who loved everybody and was passionate about life. In fact, Bear Cave Brewing developed their flagship beer in Nathan's honor.

"He really wanted to know what people were passionate about in their lives," she said. "Our flagship beer is called Nate's Passion. It's a passion fruit IPA and we will always have that on tap. It reflects what he loved about beer and what he loved about life."