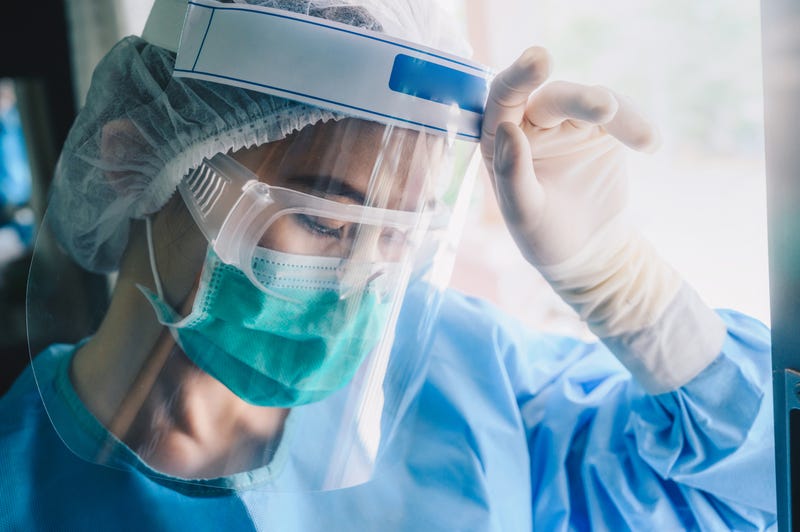 The Minnesota Department of Health reported 72 deaths Wednesday—the highest total of the pandemic. The previous deadliest day was Tuesday with 67 deaths reported. Minnesota has averaged 36 fatalities daily since Nov. 4 and has surpassed 3,000 in total.

It’s that somber reality, and the 80 percent increase in hospitalizations for COVID in the last two weeks according to MDH, that has hospital administrators “begging” for adherence to safety guidance.

We know the toll it’s taking on healthcare workers as hospitals near capacity in regions mainly in the eastern part of the state, including the metro.

“One of the hardest pieces that we see is not having family with family members when they’re critically ill,” emergency physician Dr. Carolyn McClain said. “There’s nothing harder than seeing people praying in the parking lot when their family member’s sick and they can’t be with them.”

McClain said this has been the hardest time of her life even factoring in her work in Haiti after its devastating 2010 earthquake. Hospital administrators are dealing with the same burden of stress trying to make sure hospitals are staffed and beds are available. Dr. Cindy Firkins Smith, the president and co-CEO at Carris Health said it’s critical everyone do what they can to help healthcare workers which in turn helps patients.

“We could have piles of PPE and hundreds of beds and non of that matters if we don’t have the people to care for our patients,” Firkins Smith said.

Healthcare systems across the state from Mayo Clinic to Carris say hundreds of their employees are out either with the virus or quarantining due to exposure. It’s forced healthcare workers to work more shifts and hospitals to to divert patients, what Firkins Smith called “musical hospital beds.”

Dr. Penny Wheeler, CEO of Allina Health, said hospitals need a “bridge” to get to a vaccine so the healthcare system is not overwhelmed, which it’s “perilously close to.”

“There is nothing worse as a care provider than to think that you can’t adequately care for somebody in front of you who needs your services,” Wheeler said. “We’re getting to that point where, because of the community spread which is going up with that exponential curve, because it’s sickening some of our healthcare providers including those who are exposed or who test positive for the virus. We, like Mayo, you mentioned, Governor, has 900 out. We have over 800 people out in Allina. There’s no other surge of providers to take care. We need you.”

They support the Walz’s four-week dial-back which goes into effect at 11:59 p.m. Friday, but know the next two weeks will be tough as cases before the pause incubate.

Walz Thursday ripped into Congress for leaving and failing to take immediate action amid a forest fire situation in the Midwest.

“Move the package that helps individuals and small businesses so that they can make good decisions. Don’t put our neighbors in a position that if they follow the healthcare guidance and protect those frontline workers, yet they put themselves at risk of losing their house or not being able to pay the bills,” Walz said.

“It’s simply unconscionable and immoral right now that the United States Congress and Senate went home on a vacation when they could have moved this piece of legislation.”

Firkins-Smith said if people trust medical providers with their lives, trust them when they plead to wear a mask, stay home, socially distance and wash hands.

“I do a lot of skin cancer surgery and I have a patient that said to me for 30 years, ‘I’ll only come to you because you’re the best doctor and I only trust you,’” she recalled. “He said to me recently, ‘I don’t believe in COVID. It’s all a hoax.’ I said, ‘I’m telling you that it’s not. How come you only come to me for 30 years and you believe everything I say, but you don’t believe me when I say this?’