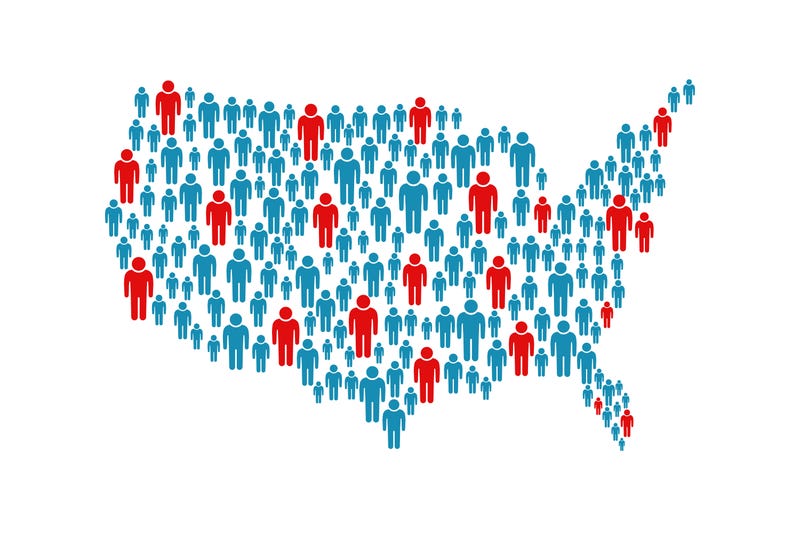 Talking with Chad Hartman, Dr. Osterholm was asked about the jump in cases in Minnesota’s neighbor, Wisconsin. Osterholm said, instead of that, we should be looking out our own front door in Minnesota.

“The reason I say that is because if you look what's happening right now, you've just very correctly pointed out Wisconsin is a major hotspot,” Osterholm said. “It is a house on fire, but then so are the Dakotas on the other side of us. And so is Iowa, right below us. It’s a very interesting situation that are we going to soon be like those and this is the big concern that I have. It's just a matter of time before we're going to be just like all of our neighbors around us.”

Osterholm said that you can look at kids heading back to the classroom for the increased spread since Labor Day.

“What's happening is that it's a combination of factors,” said Dr. Osterholm.  “But most notably, it really is about the fact that number one, high schools, colleges and universities now with students were seeing substantial increases in cases. Many of those are not people who are having severe illness requiring intensive care.
However, we're beginning to see an ever increasing number of those that are actually individuals who are experiencing this long haulers disease that we talked about, this chronic kind of problem.”

Long haulers are people who have been infected with COVID-19 that continue to show symptoms weeks or months after infection. With around 6.5 million reported cases in the U.S. with potentially many more infected, it has become a very real challenge to health providers and scientists. There is much that is still not known about the virus according to Osterholm.

There are also warnings that pandemic fatigue has been a factor, with too many people ignoring the guidelines on gathering.

“I think that this does not bode well for us,” Osterholm told Chad Hartman. “If we continue to open up and ignore what's happening, if you look at what's happening with funerals, weddings, family reunions, family get-togethers, bars and restaurants, church services.  All of these have been involved with substantial transmission recently, and so I think that that's where people are now. You know, the new normal for them. It was, well, we're just going to go ahead and do this anyway in the face of COVID because, you know, we're tired.”

The battle over coronavirus restrictions, and keeping gatherings and businesses shut down, continues to be a political fight during the Election season.  Osterholm said he is concerned that nowhere near enough of the population takes it seriously enough to slow the spread.

“I think you know, we have very good data today that up to a third of the population doesn't believe this is real. Their experience, what I call pandemic anger, you know what are we doing to the economy? What are we doing to people? So I think that that's the issue that is before us.

Minnesota currently sits at 19 cases per 100,000 as of October 7th. While that number is the highest it's been since the start of the pandemic, it is below our neighboring states. Osterholm says that may not last and is worried we'll catch up quickly.

“To give you a sense where we're focusing on Wisconsin, and from a population standpoint, that's important. But right now, today, Wisconsin actually is up to a seven day average of about 42 cases per 100,000. Today, North Dakota's at 60 and South Dakota's of 55. It is really a challenge of what we're up against right now. And so I think, as we hear more and more from some of the politicians in the state, they want to open us up more. Do we want to become another North Dakota and South Dakota? And if we do, then just understand what the implications are. We will be opening field hospitals here in Minnesota.”

Many in the scientific community have been predicting another wave hitting as fall and winter set in across the country. Osterholm says it’s just a matter of time, whether you believe the predictions or not.

“It is going to get much worse. I was on here a month ago saying that post Labor Day it was going to get bad. And it is. And it is as predictable as saying we're going to have snow in January. For the many people that are angry about this, don't believe it's real, you know, I'm sorry. Unfortunately many of you are going to understand this when one of your own loved one dies from it.”