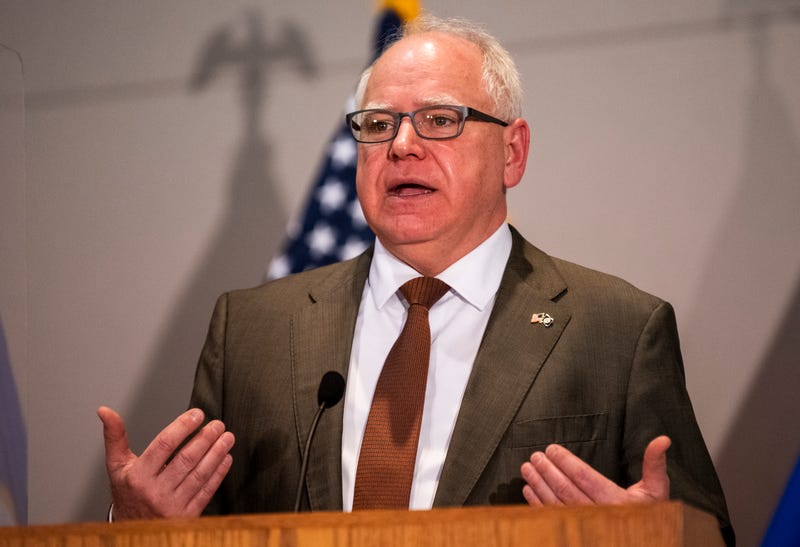 Gov. Walz said declaring April 30, 2021 "Dave Lee Day in Minnesota" was greeted by many as only part of what he should do for the long-time WCCO radio voice.

"When people knew I was going to do this, they said, can you issue a proclamation keeping him broadcasting," he said, with Dave chuckling in the background.

"I knew that would be more popular than a mask mandate!"

Calling in for one last interview with Dave Lee on @WCCOradio this morning. Proud to declare today Dave Lee Day in Minnesota in honor of an incredible 32-year career. Minnesota will miss you! pic.twitter.com/WRyGthiEzM

Like all of Minnesota's governmental heads, and others too many to name, Walz has been a regular guest with Dave on WCCO's Morning News.

"This is bittersweet," said Walz. "I've very much enjoyed our conversations. I'm not sure many elected officials say that when they do interviews."

Not only did Dave and the governor talk about the news out of St. Paul, Walz said he enjoyed discussing football, the State Fair, Farmfest, and everything in-between.

"You always asked questions people want to know," he said. "And you've done it with the compassion and the humanity that people need to know. I'm just so grateful."