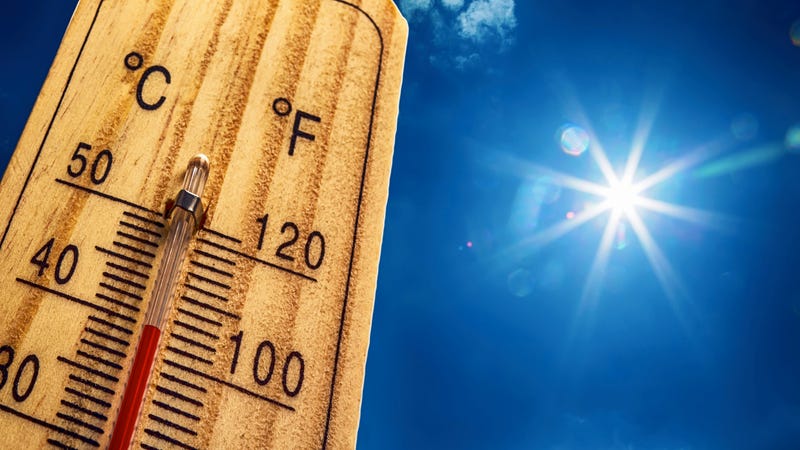 An excessive heat warning on Thursday is accompanied by a renewed warning about heat stroke.

Temperatures throughout the day on Thursday could feel like 102 degrees according to WCCO Radio's Paul Douglas.

Dr. William Roberts, a family physician at M Health Fairview, says when it's this warm, pay extra attention to how your body feels.

"I think as soon as you feel that it's too hot, then it's probably too hot and you should stop what you're doing and get into air conditioning" said Roberts.

Today could be the warmest yet for some locations. Heat advisories and warnings are in effect through this evening. There is also a small chance for thunderstorms later today, with a better chance on Friday. A few storms could produce gusty winds #mnwx #wiwx pic.twitter.com/SphXOaArlk

Excessive heat is particularly dangerous outside, however there are looming dangers indoors as well, especially if the indoor area you are in does not have air conditioning.

"Exertional heat stroke is cooking from within. You're generating heat that your body can't get rid of and we often see this in younger people who are exercising outdoors," he said. "Classic heat stroke, or cooking from the outside, is what often impacts older people. You're getting heat from the environment that's heating your body up."

Even spending just 20 minutes inside an air conditioned building could be the difference of life and death.

"Go to the library, the local grocery store, a drugstore, or go to a move," Dr. Williams said. "Even a half hour a day could make a difference for a lot of people."