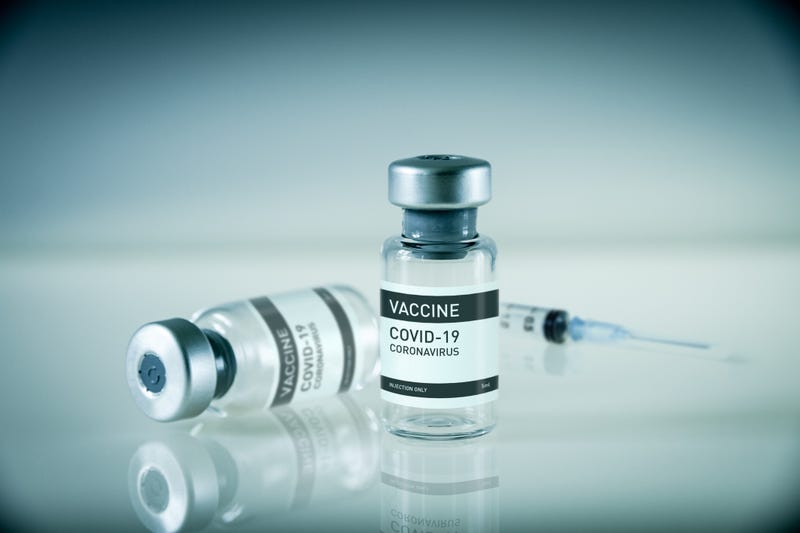 Health officials should be focused on vaccinating younger people as well as disseminating boosters to those older that need them. Photo credit Getty Images
By Natalia Gurevich, KCBS Radio

With the spotlight on booster shots for COVID-19 and vaccinations for kids aged 5-11, there's less of a focus on vaccinating older adults, despite that being the most at-risk group for severe infection.

"It's difficult to know exactly how to weigh these things," said Stephen Kissler, Postdoctoral Fellow at Harvard T.H. Chan School of Public Health's Department of Immunology and Infectious Diseases on KCBS Radio's "Ask an Expert."

The chance of severe illness and hospitalization is much higher in older adults than it is in other age groups, even when vaccinated, Kissler told KCBS Radio's Margie Shafer and Eric Thomas. The focus should be on vaccinating younger people, especially kids who are back in school and could spread the virus to their parents, as well as disseminating boosters to those older that need them.

"It's a difficult balance," but those are the main areas that health officials should be focusing on, said Kissler.

It’s incredibly important to get older people vaccinated to reduce the number of deaths, but the likelihood of reaching 100% in that demographic is uncertain. Although vaccination rates are high, they could be higher, he said.
And some data might not be accurate. Recent research has shown that in some counties across the country, more than 100% of people over the age of 65 have been vaccinated, according to Kissler.

"Of course, that's impossible," he said, adding that part of the reason that this is happening is that some people might not be getting vaccinated where they actually live. "I think some of these statistics need to be taken with a grain of salt."

All this should be taken into account as the country prepares for a likely "winter wave" of COVID-19 cases in some regions. The places hit last year could provide a good indicator for what may happen this year, said Kissler.

While Southeastern areas dealt with a surge over the summer, more temperate places saw a wave in the winter of last year. "Most respiratory illnesses that we know of really do reach their peak during the winter," he said.

"There are still plenty of communities across the United States that are still vulnerable," said Kissler. But this year’s wave will likely not be as bad as last year’s, with fewer transmissions and hospitalizations.

The winter wave will coincide with the flu season fast approaching. Kissler advised people to get their flu shot as soon as possible as a lot more people might be susceptible to the flu this year since there were fewer cases last year.