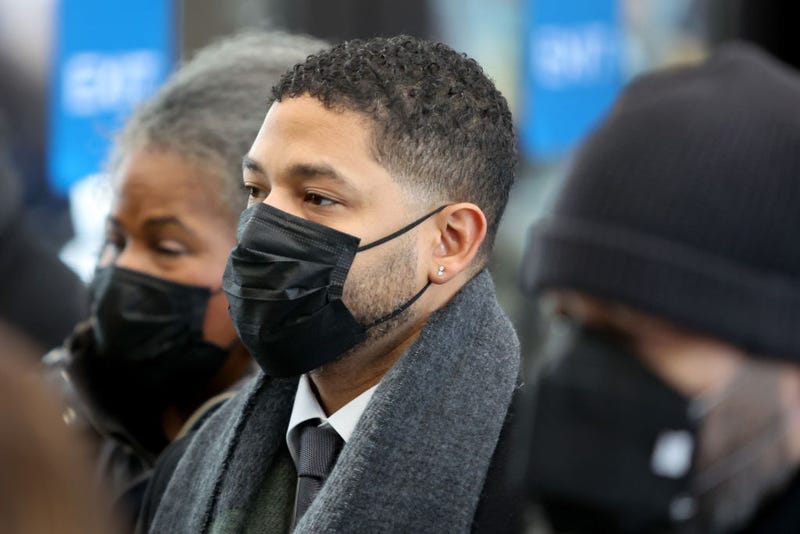 Former "Empire" actor Jussie Smollett arrives at the Leighton Courts Building for day six of his trial on December 7, 2021 in Chicago, Illinois. Smollett is accused of lying to police when he reported that two masked men physically attacked him yelling racist and anti-gay remarks near his Chicago home in 2019. Photo credit Scott Olson/Getty Images
By Stephanie Raymond

Former "Empire" actor Jussie Smollett, who is accused of staging a hate crime against himself, revealed that he was tipped off by CNN's Don Lemon that Chicago police didn't believe his account of the alleged incident.

Smollett, 39, made the remarks Monday while testifying in court. He's on trial for six counts of disorderly conduct for lying to police about the January 2019 attack, in which Smollett claims he was physically assaulted by two white men who used slurs against Black people and the gay community.

While under oath, Smollett admitted that Lemon texted him inside information on the case. One such text from Lemon, Smollett testified, warned him that detectives thought he was lying. He said it was the first indication he received that police doubted his story. The text came before Smollett was ultimately arrested and accused of orchestrating the hoax, and was one of the reasons the actor refused to hand over his phone to police, he testified.

Neither CNN nor Lemon have commented on Smollett's testimony.

At 10-to-midnight, @DonLemon and @OmarJimenez finally discuss the Jussie Smollett trial. But neither "journalist" mentioned how Smollett testified under oath that Lemon tipped him off to police skepticism of his hoax claims. The whole segment lasted 5 minutes and 7 seconds. pic.twitter.com/fNpgiY9o3J

Lemon did an interview with Red Table Talk in February 2019 less than two weeks before Smollett's arrest, in which he said he was checking on the actor "every day" via text message.

"When something happens and it's controversial, everyone is coming for you. And so I knew everyone would be picking apart his story," Lemon said at the time. "It's not for me. That's not my concern. My concern is for him."

Smollett has maintained that he never intentionally lied to police. He has repeatedly denied staging the attack, in which two men ambushed him in the street, put a noose around his neck and poured bleach on him.

Prosecutors contend that Smollett hired brothers Olabinjo and Abimbola Osundairo to stage an attack against himself for attention, publicity and sympathy. The brothers testified they were paid $3,500 for their participation.

Smollett could face up to three years in prison, but experts believe he would likely be placed on probation and ordered to perform community service if convicted as charged. 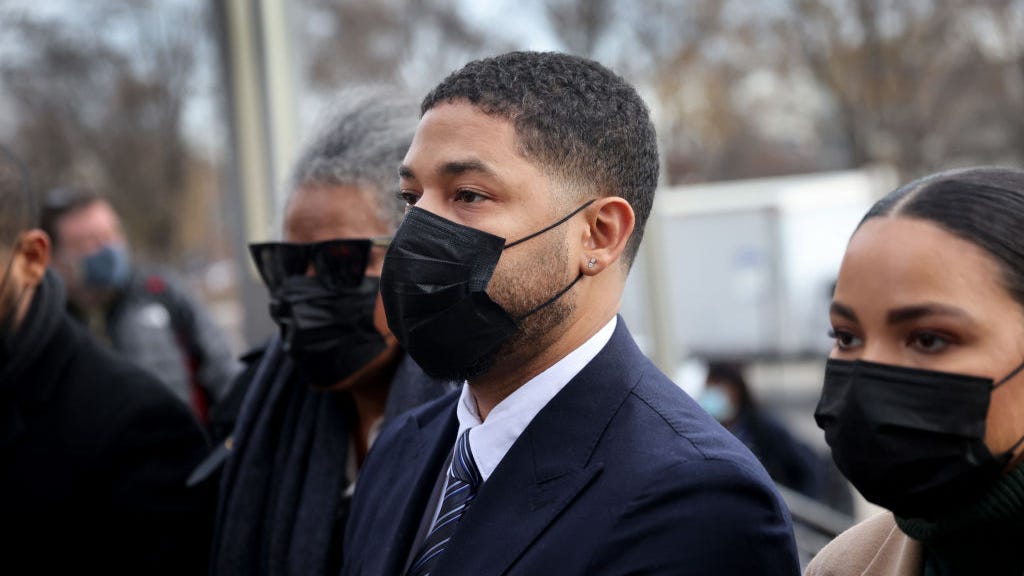 Jussie Smollett back on the stand Tuesday as cross-examination continues