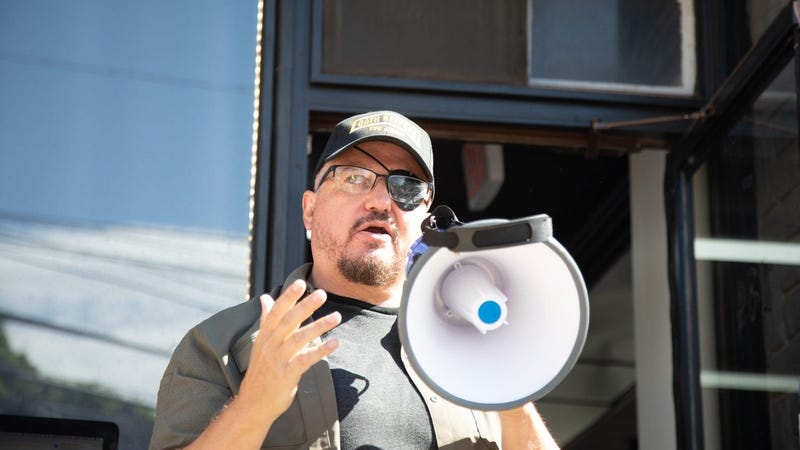 Stewart Rhodes, the leader and founder of the far-right Oath Keepers group, was arrested and charged on Thursday along with 10 others with seditious conspiracy in the Jan. 6 attack on the U.S. Capitol.

The 56-year-old and the other Oath Keepers are the first to be charged with sedition among the more than 700 accused for their roles in the riots.

“Rhodes and certain co-conspirators ... planned to stop the lawful transfer of presidential power by January 20, 2021, which included multiple ways to deploy force,” according to the indictment. “They coordinated travel across the country to enter Washington, D.C., equipped themselves with a variety of weapons, donned combat and tactical gear, and were prepared to answer Rhodes’ call to take up arms at Rhodes’ direction.”

Rhodes was arrested Thursday morning in Little Elm, TX, while 63-year-old Edward Vallejo of Phoenix was also taken into custody.

The charge of seditious conspiracy carries a maximum sentence of 20 years in prison.

The plans for the attacks began shortly after Joe Biden won the Presidential Election, according to the indictment. The 48-page, 17-count indictment showed Rhodes' and others' messages that were shared in the encrypted messaging app Signal.

In an invitation-only message group of Oath Keepers, Rhodes said on Nov. 5, 2020: "We aren’t getting through this without a civil war. Too late for that. Prepare your mind, body, spirit."

Five days later he followed that up with a call to action titled: “WHAT WE THE PEOPLE MUST DO."

Rhodes has said in interviews with The Washington Post over the last year that he was communicating with the group on Jan. 6 to “keep them out of trouble.” He added that Oath Keepers who went inside the Capitol “went totally off mission.”

"Pence is doing nothing. As I predicted," Rhodes messaged the group on Jan. 6. "All I see Trump doing is complaining. I see no intent by him to do anything. So the Patriots are taking it into their own hands. They've had enough."

Attorney General Merrick Garland said last week that the investigation into those involved in the Jan. 6 attacks will continue to hold people accountable. He said that "the actions we have taken thus far will not be our last."

Rhodes has also expressed his displeasure with former President Donald Trump for not supporting Oath Keepers members that have been charged in the Jan. 6 investigation.

“All of the people that are being unlawfully detained or denied bail, they’re being abandoned by Trump... He didn’t pardon anybody while he was still in office,” Rhodes said.

“I do feel abandoned by him,” Rhodes said.

He is scheduled to appear before a U.S. magistrate judge in Plano, TX at 2:30 p.m. CT on Friday. 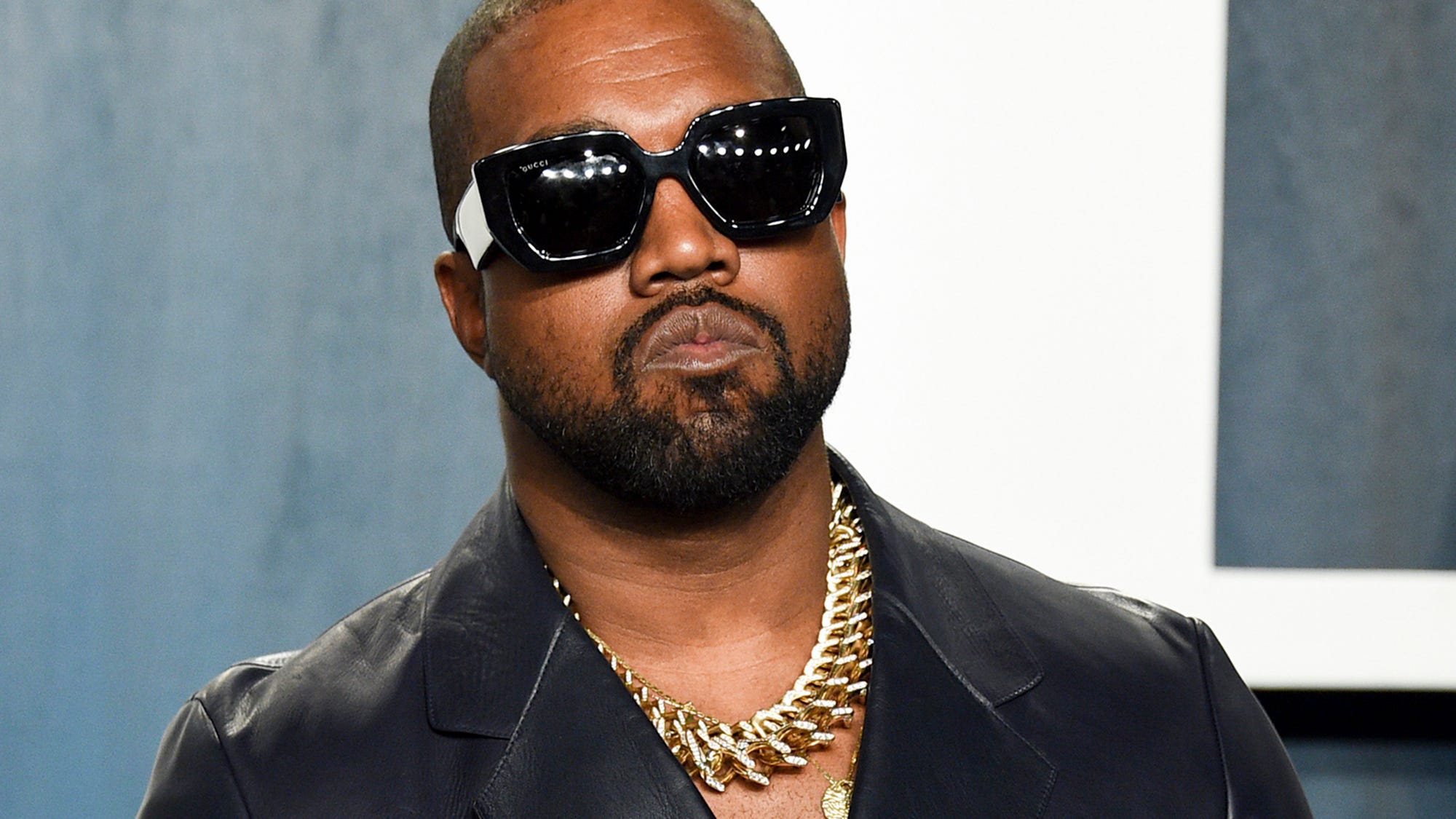 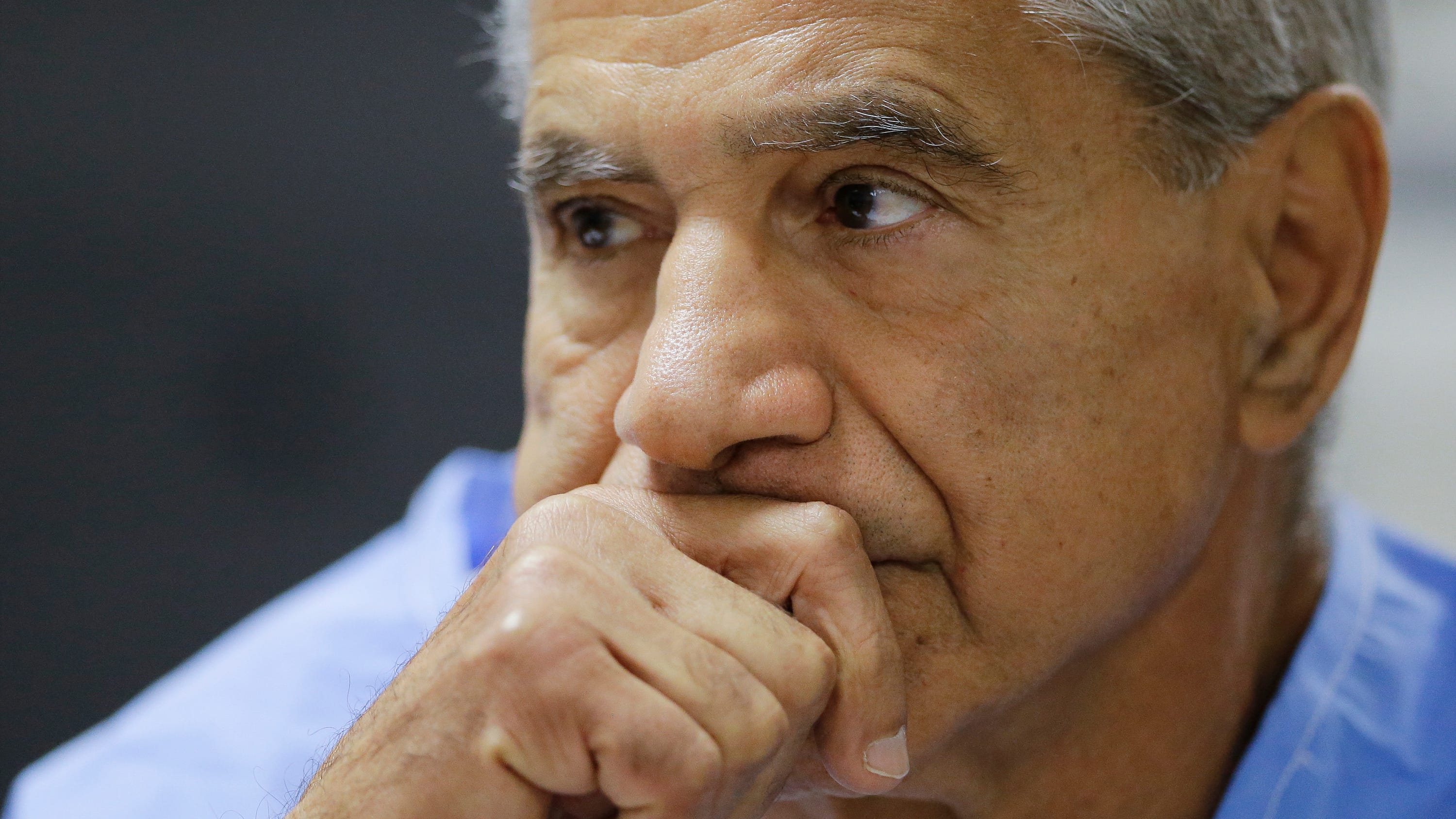