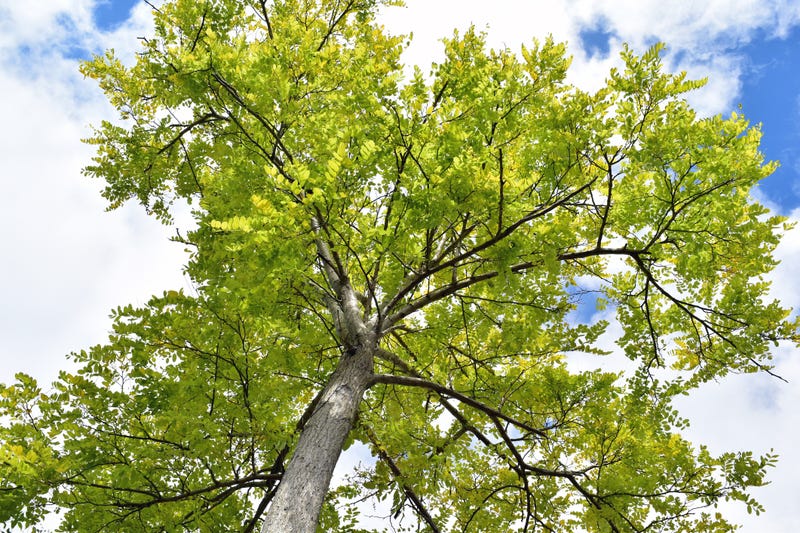 LISLE, Ill. (WBBM NEWSRADIO) -- A new report suggests nearly three in 10 tree species around the world are in danger of extinction.

There are nearly 60,000 species of trees in the world. The State of the World’s Trees report indicated more than 17,000 of them are facing extinction, meaning there are twice the number of threatened tree species globally than threatened mammals, birds, amphibians and reptiles combined.

“At a global scale, we really had no idea how threatened our trees were,” she said.

The report also said one in 10 of the 841 tree species in the United States is in danger. That includes at least five species of native ash trees.

“Some of the more common ash species that you see around here in the Chicago region, so our green ash and our white ash are very threatened by an invasive pest, an insect, the emerald ash borer," she said.

“Habitat destruction is a big cause of loss of tree species, clearing land for agriculture and for urban development. But increasingly, invasive pests and diseases are a big problem, as well as extreme weather and climate change."

The report said that 440 species of trees are on the edge of dying out. Fewer than 50 individual trees of each of those species remain in the wild.

The report was published by Botanic Garden Conservation International. The collaborators involved in the report “plan to catalyze action among policymakers and conservation experts internationally,” according to a statement.

In addition, the BGCI is starting a new Global Tree Portal, an online database tracking tree conservation efforts at the species, country and global level.

Westwood said trees form the backbone of our ecosystem.

“If you save tree species, you end up saving all the other living things that depend on them. They are, what we call, keystone species, which means they are just critical to the functioning of the eco-systems to the natural web of life," she said.