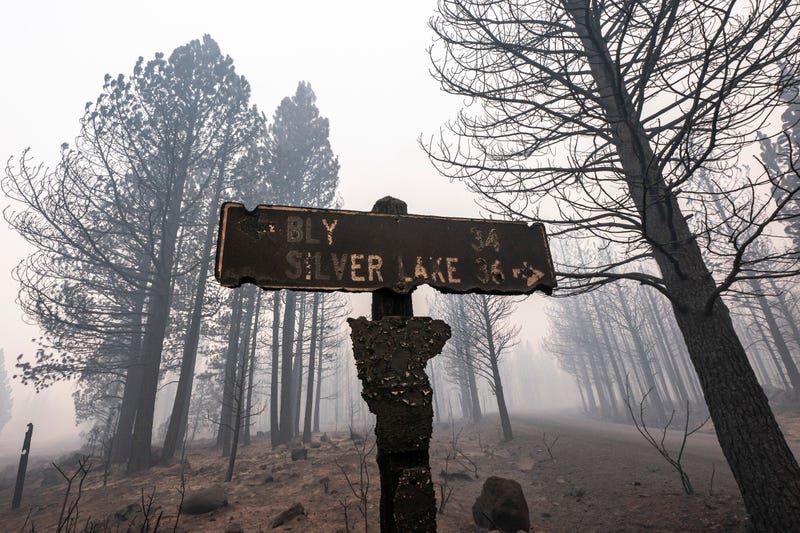 BLY, Ore. (AP) — The nation's largest wildfire raged through southern Oregon on Friday, but crews were scaling back some night operations as hard work and weaker winds helped reduce the spread of flames even as wildfires continued to threaten homes in neighboring California.

In Montana, five firefighters remained hospitalized a day after a thunderstorm and swirling winds blew a lightning-caused wildfire back on them, federal officials said.

The five had joined other crews working on the 1,300-acre (525-hectare) Devil’s Creek fire burning in rough, steep terrain near the rural town of Jordan. The firefighters were building a defensive line Thursday when the weather shifted, Bureau of Land Management spokesperson Mark Jacobsen said.