Buffalo N.Y. (WGR 550) - Despite a crazy week with the NFL moving this past Sunday's game to Detroit, Michigan, Buffalo Bills linebacker Matt Milano comes away with high honors from the league, earning AFC Defensive Player of the Week honors after a 31-23 win over the Cleveland Browns.

Matt Milano has been named AFC Defensive Player of the Week. pic.twitter.com/gq6ziDDfhC

Milano finished Sunday's contest with 12 total tackles, three tackles for loss, a sack and a fumble recovery to help Buffalo's defense hold strong against the Browns.

His fumble recovery in the second quarter came with the Bills trailing 10-3 and the Browns continuing to move the ball efficiently against the defense. After a Jacoby Brissett fumble, Milano came up with the loose change, and helped turn the tide.

Milano also registered an important sack on a third down in the fourth quarter with the Bills up 25-10. It helped force a Browns punt, which then led to another Bills field goal from Tyler Bass to extend a lead.

The 28-year-old linebacker is putting up, arguably, an All-Pro season from the linebacker position for Buffalo, registering 55 total tackles, 10 tackles for loss, three quarterback hits, one sack, two interceptions and one touchdown in nine games played.

This is the second time Milano has been named the AFC Defensive Player of the Week. His first-career honor came back in Week 3 of the 2018 season against the Minnesota Vikings, where he registered eight total tackles, a sack and a interception.

Milano is the second Bills defensive player this season to earn AFC Defensive Player of the Week, joining safety Jordan Poyer for his Week 4 performance against the Baltimore Ravens. 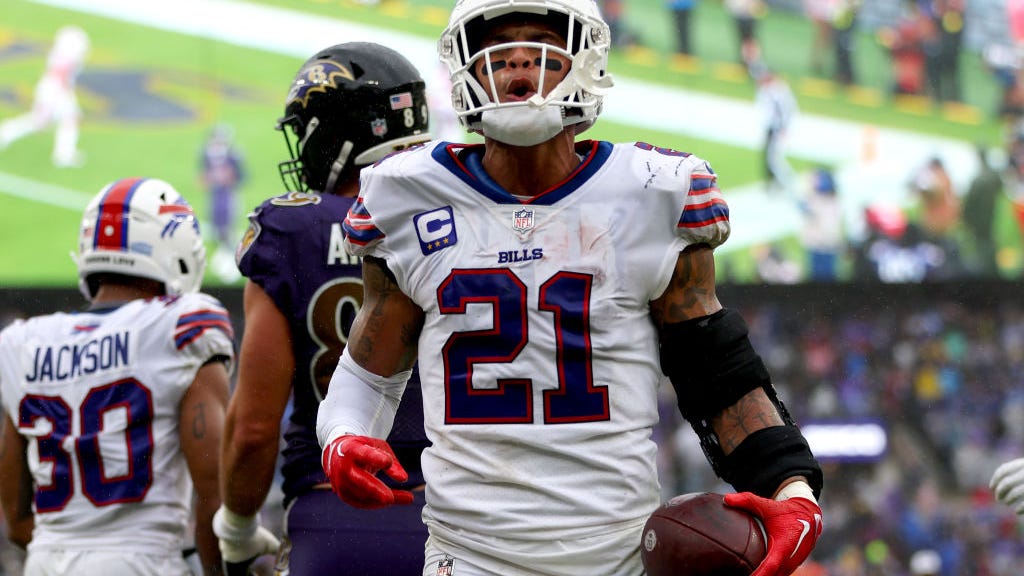 Podcast Episode
Bills Football
BONUS: Back To Detroit, And Back On Thanksgiving | 'It's Always Gameday In Buffalo'
Listen Now
Now Playing
Now Playing